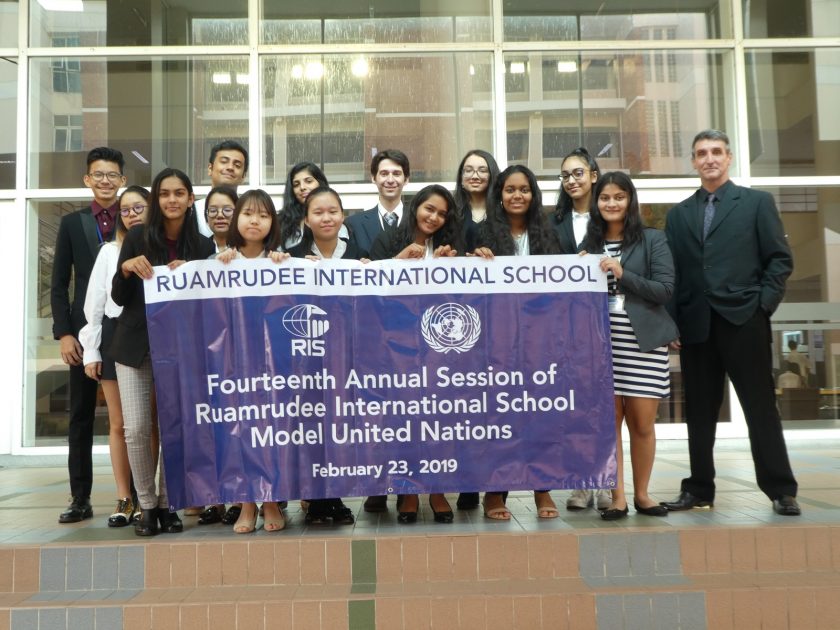 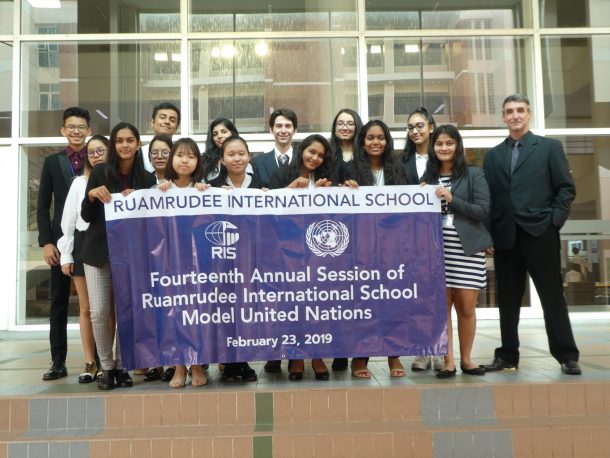 On Saturday, February 23, fourteen members of our Wells Model United Nations (MUN) Club attended the fourteenth annual session of Ruamrudee International School’s Model United Nations. Derek, Lina and Sapal from our Class of 2020 served as chairs of three different committees. The remainder of our MUN students represented delegates from various countries in the following committees: Security Council, ECOSOC, DISEC, UNCSW, HRC and General Assembly. In the different committees, the issues discussed, debated and resolved included the Rohingya Crisis, the protection of journalist rights and freedom of the press, reducing the gender wage gap, and the prevention and control of communicable diseases.

Our students did well representing their respective countries and critically thinking from different perspectives. Lastly, we thank Ruamrudee International School for their hospitality and we look forward to continuing to represent the Wells MUN club in other local and international conferences in the future.