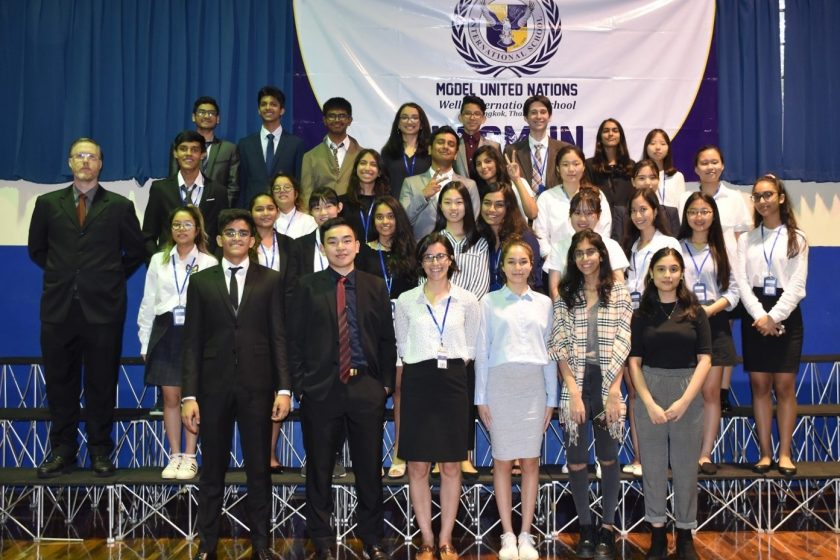 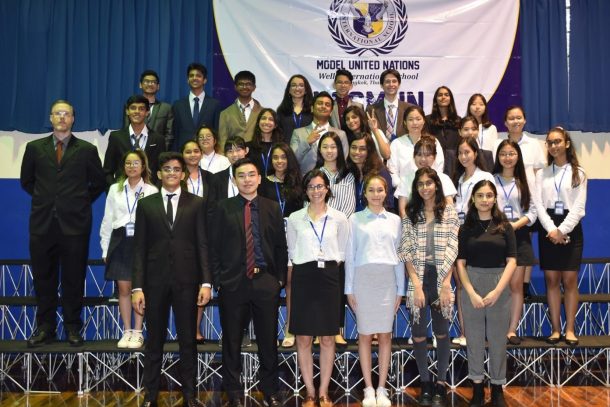 On Sunday, October 14th, we held our largest and fourth annual Model United Nations (MUN) conference, WISMUN IV. Only a week after Bangkok MUN, there were almost 200 students from fifteen other international schools in attendance. 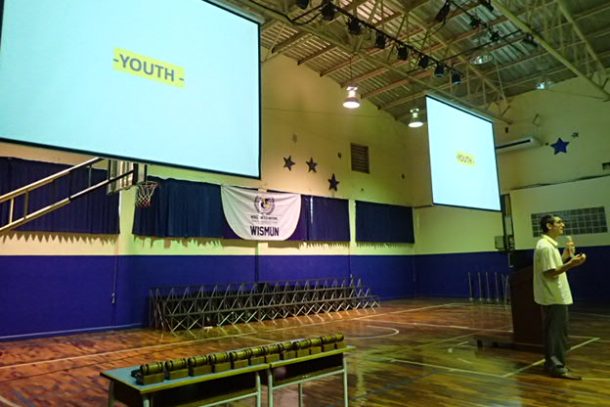 The conference began with an opening ceremony, in which our keynote speaker, Mr. Marco Roncarati from UNESCAP, gave a very inspirational speech in which he addressed the importance of our youth being future leaders and advocates for the Sustainable Development Goals (SDGs). 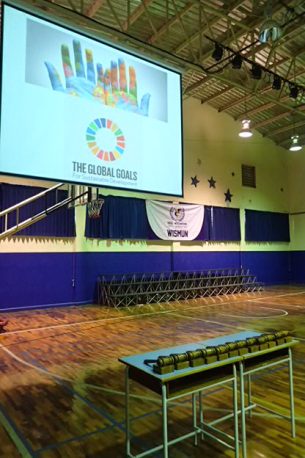 This was followed by a speech from the MUN club President, Jira Trinetkamol, and the conferring of the gavels to the chairs. 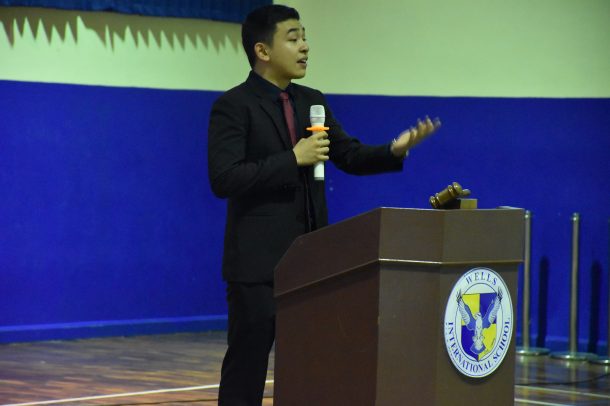 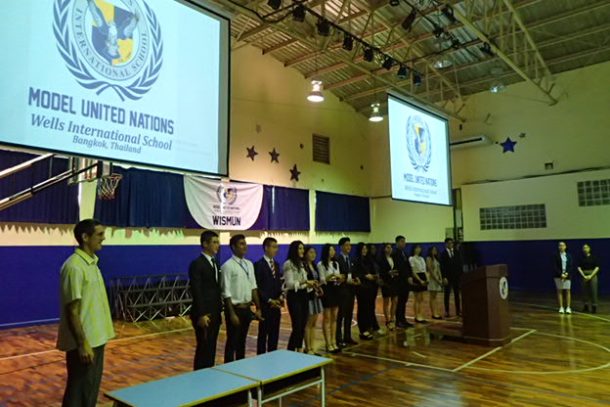 Once delegates and chairs settled into their respective committees, they began proposing, debating and collaborating towards problem solving and solution proposals to major global issues. There were five committees in total: Economic and Social Council (ECOSOC), The Disarmament and International Security Committee (DISEC), Human Rights Council (HRC), Security Council (SC) and the African Union (AU). After our participant numbers increased, two of the committees were duplicated. Topics included the question of reinforcing net security in platforms used to recruit terrorists, reducing hyperinflation in Venezuela and strengthening democratic institutions to foster good governance and rule of law. 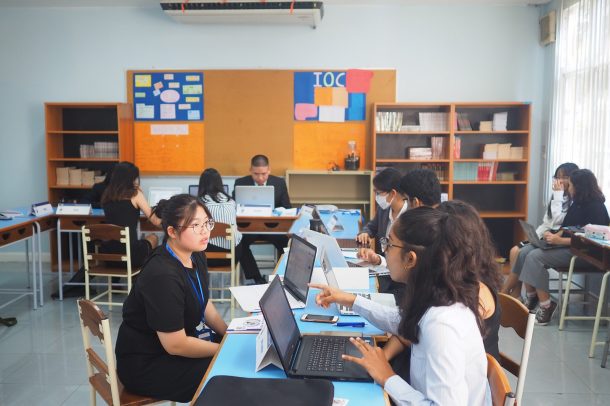 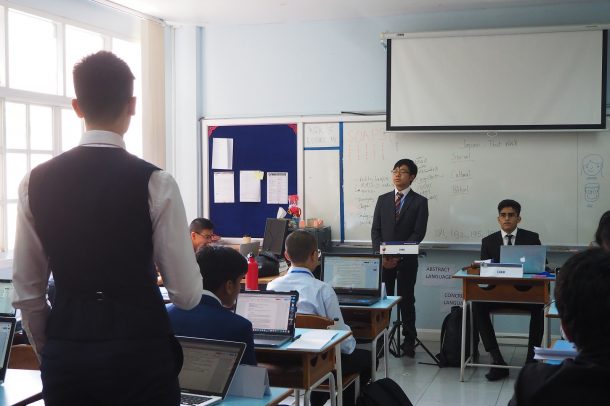 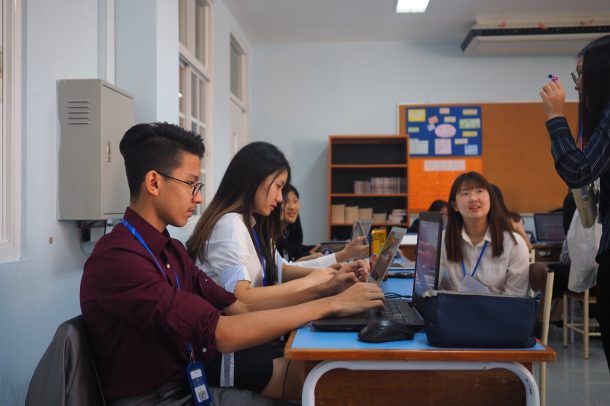 Our closing ceremony gave all of the chairs opportunities to reflect and share about experiences in their respective committees. During this time, ‘Best Delegates’ were announced for each committee and for many, it was a difficult decision to narrow it down to one. Overall, it seems that the beginner MUN students were able to gain more confidence, the more advanced were able to guide and lead those newer to MUN, and everyone was able to productively collaborate and have fun at the same time. 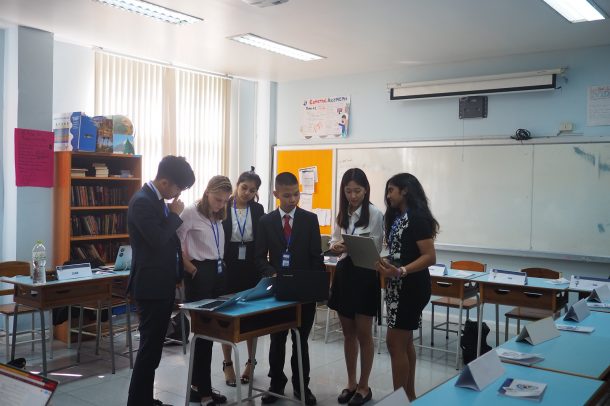 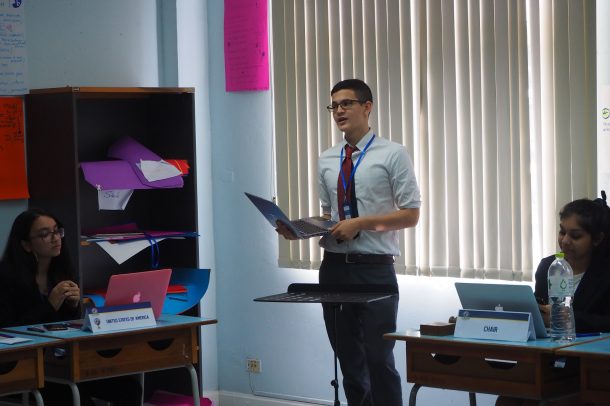 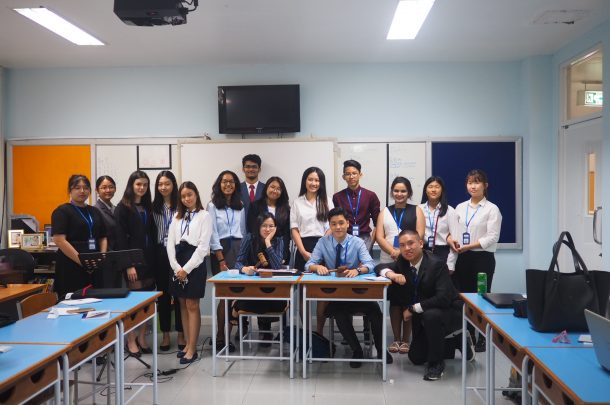 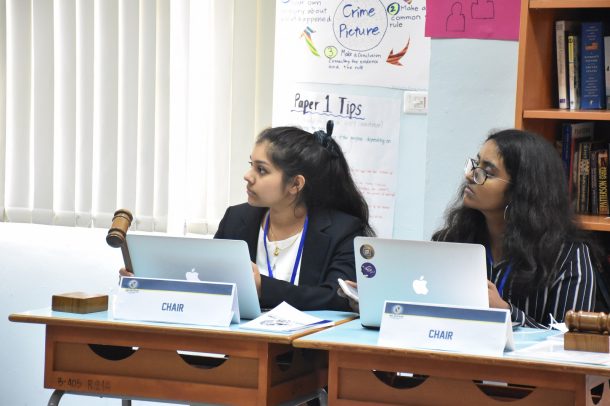 A special thank you must be expressed to our keynote speaker, Mr. Marco Roncarati, for his inspirational and powerful message. 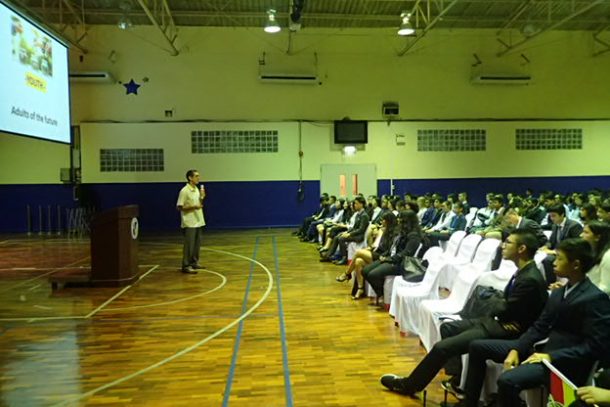 Thank you to the MUN Officers, Seniors, and club members for helping to organize the entire event and to those who supported during the event to ensure smooth operations. 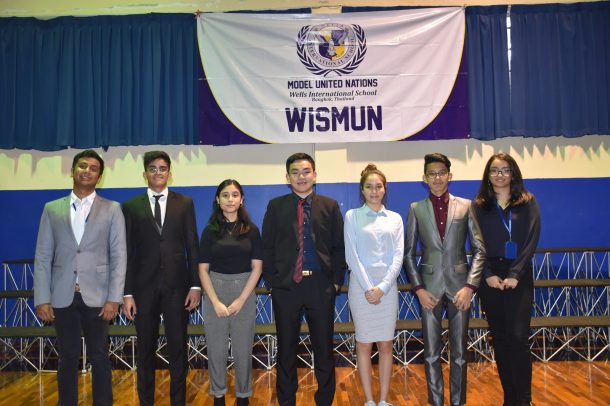 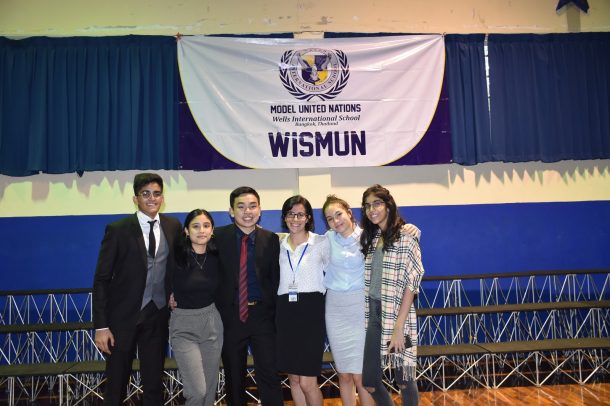 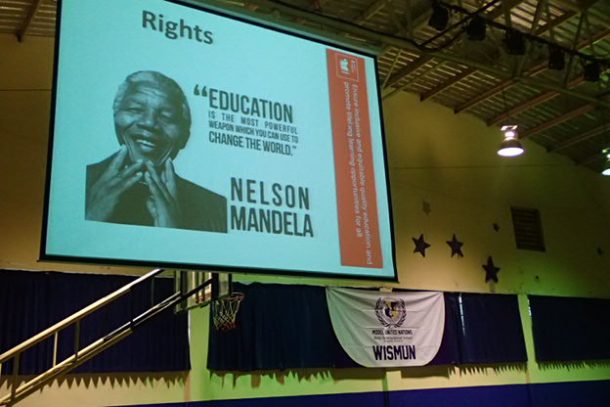