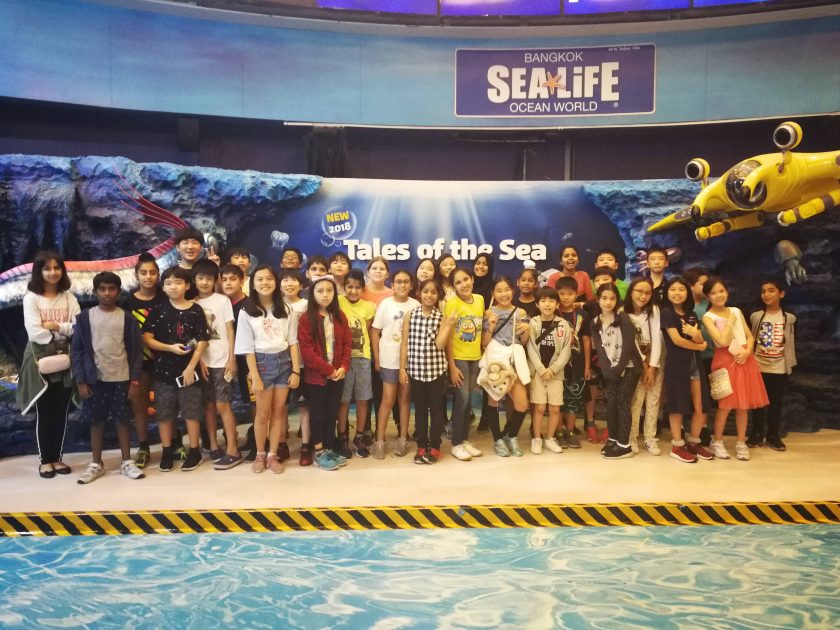 by Mr. Will – Grade 5A Homeroom

On November 30th the fifth graders had there first ever overnight field trip at the Sea Life Aquarium. After arriving, the students were taken to Madame Tussaud’s where they experienced a brief 4D movie before wondering the museum of wax sculptures. After taking pictures with their favorite historical figures (and pop stars) the students were treated to a behind the scenes look at the aquarium’s main shark tank. They learned about how the sea creatures are cared for and about their role in the artificial ecosystem that they live in. The students were then able to tour the tank in a glass bottom boat and see some of these amazing creatures close up. After eating dinner, the students had a guided tour of the aquarium’s selection of rare and exotic sea creatures, watched penguins dive in and out of a pool, and got answers to a lot of questions regarding the different species. Finally, the students found their own comfortable spot in the glass tunnel surrounded by sharks and other see life, and attempted to get some sleep. Although no one got a lot of sleep, everyone had a lot of fun, and the trip was a great success! 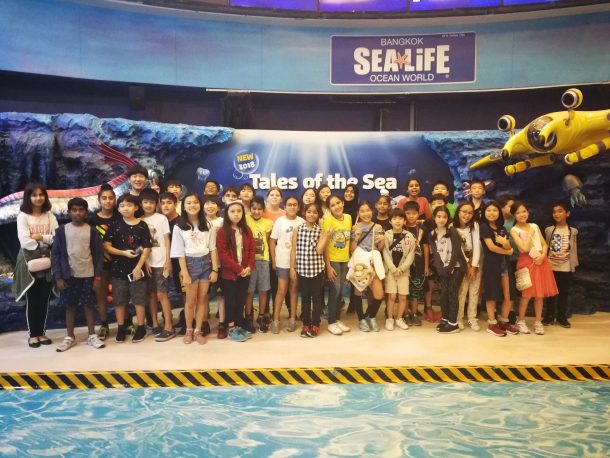 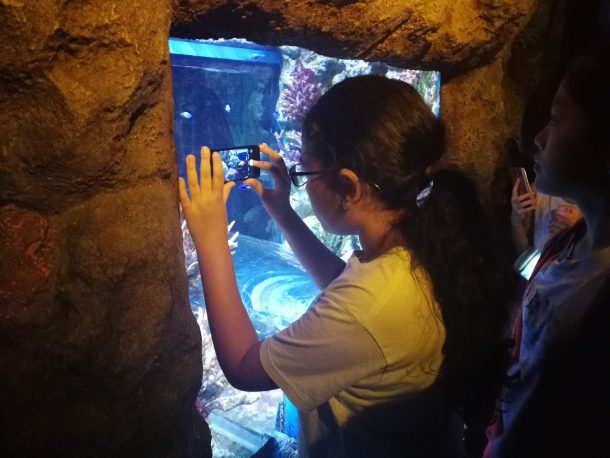 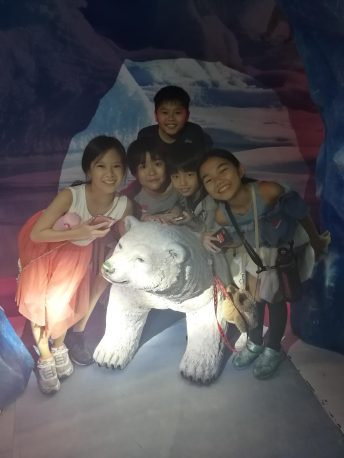 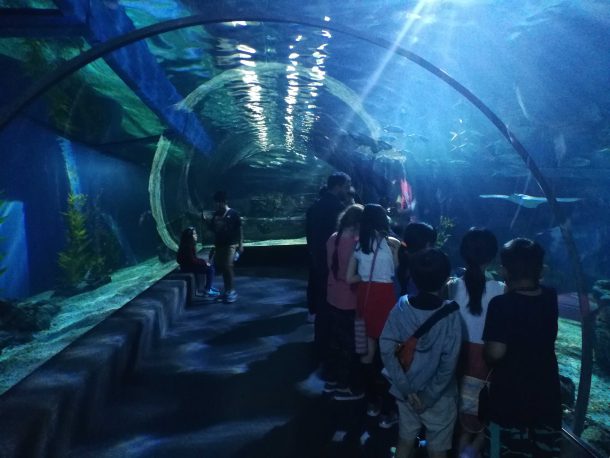 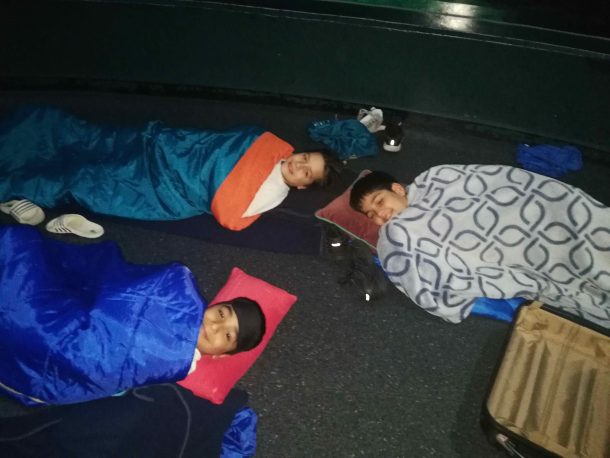 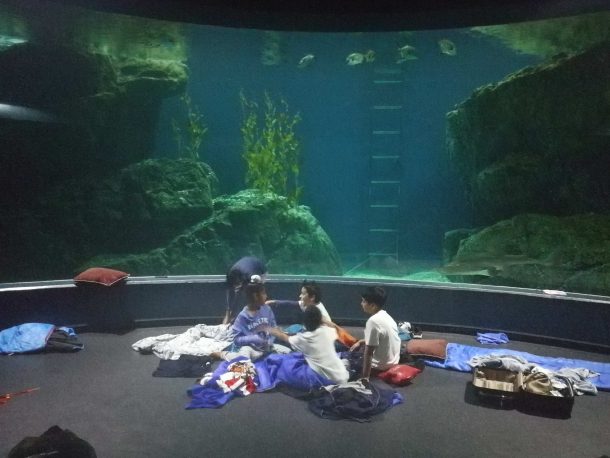 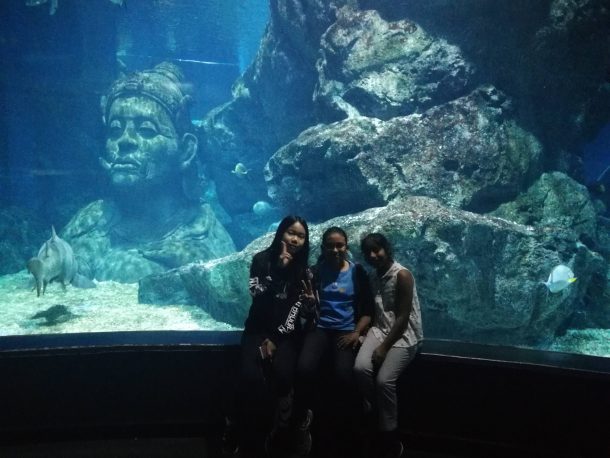 In grade two we have been studying simple machines in a variety of ways.  After an introduction of the machines we discussed where we have seen the simple machines in our school, homes, and as we travel around Bangkok. We then searched the playground for all the simple machines that could be found.  Screws were plentiful with the three pulleys at the top of the flag poles being the most exciting. Several students noticed that the lever is being used by the snack bar, along with two wheels, to carry drinks to the refrigerators.  The stairs are a modified inclined plane along with the slide being the most popular simple machine on the playground. In writing class we watched a video of people sliding down a corkscrew waterslide. Catching excitement from the video students then wrote about how it would feel traveling down this twisted inclined plane.  Of course the corkscrew waterslide is similar to a screw which is used to hold playground equipment together. We had previously read about mountains being steep landforms and were able to use this vocabulary word in our inclined plane activity.  Students learned that as we make an inclined plane steeper the pencil will roll farther.  We also read a booklet that gave the students an introductory understanding of how simple machines actually work. Together we discussed these passages and used note taking strategies to help the students remember what was being read.  We then worked through a few compare and contrast worksheets to better understand what makes each simple machine unique. The class developed an introductory understanding of simple machines while have a great time!

Grade 3B Study on Division

Grade 3 students have been working hard on their math topic- Introduction to Division.  As the chapter came to an end they concluded it with Division Revision stations.  The stations comprised of Partition, Array, Vocabulary and Word Problems. For the partition station, students used money to find the cost of the given item.  Furthermore, for the array station, students had to find the columns or the rows by using the total number of objects in the array and divide it with the rows or columns that were shown.  The vocabulary station required the students to match the word to its correct definition by cutting and pasting.  Finally, the last station, students had to make up their own real world division problems which they may experience in their day to day lives. The students thoroughly enjoyed the hands on tasks and working with their peers. 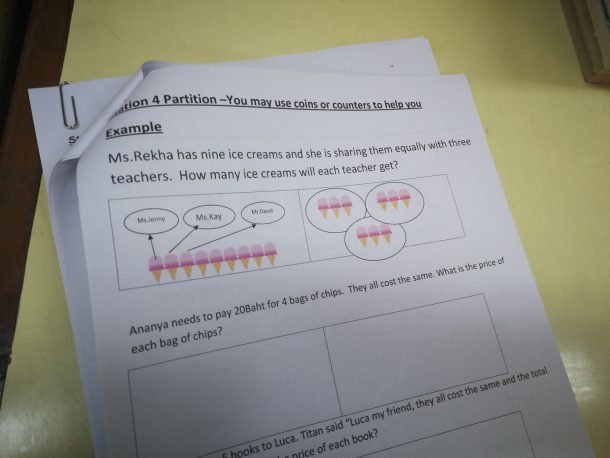 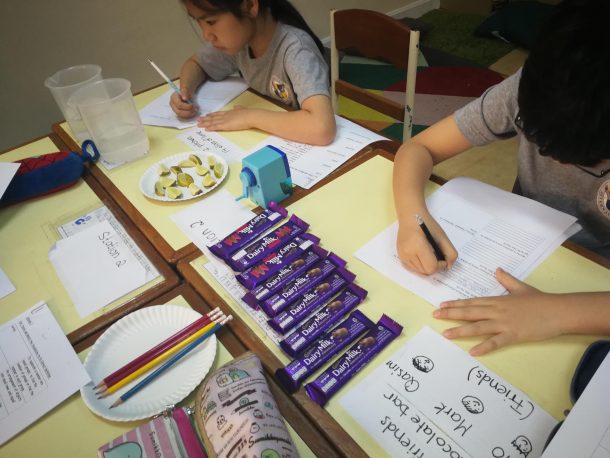 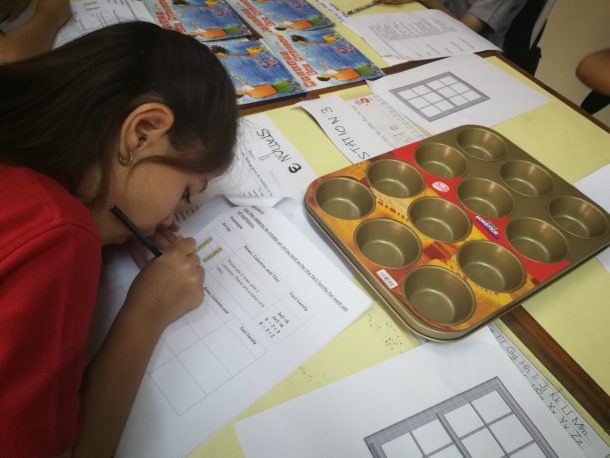 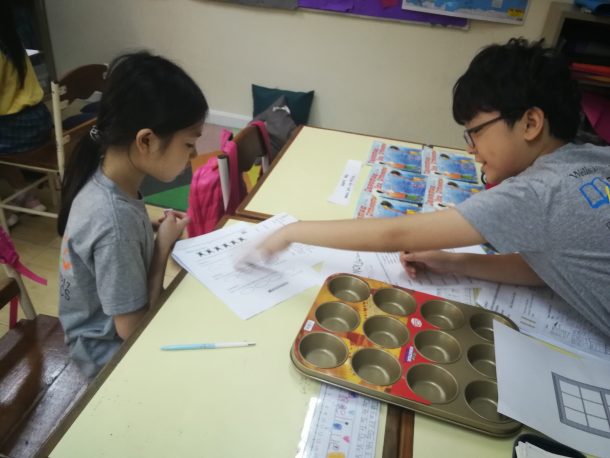 During the first few weeks of December, students participated in the Math Olympiad.  This was an in class competition that consisted of two parts.  The first part was the word problems in which students had to solve 48 questions with their partner, in a given amount of time.  The second section was an independent task in which students had to accurately solve seventy addition and subtractions problems in twenty minutes.  It was extremely competitive and students put forth their best effort.  The results were closed and we had to go into tie-breaker to determine the winners.  Overall, students showed great sportsmanship and worked well together. 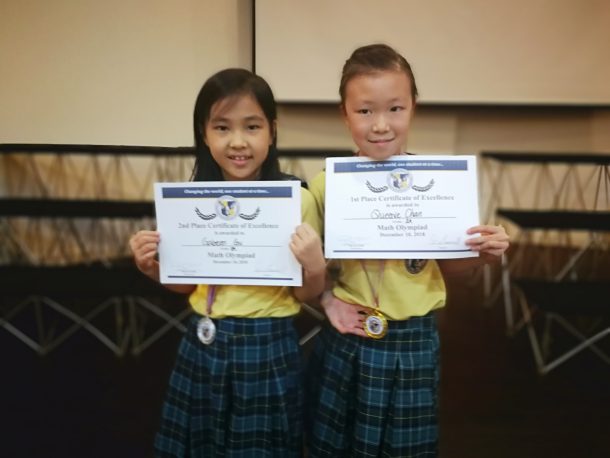 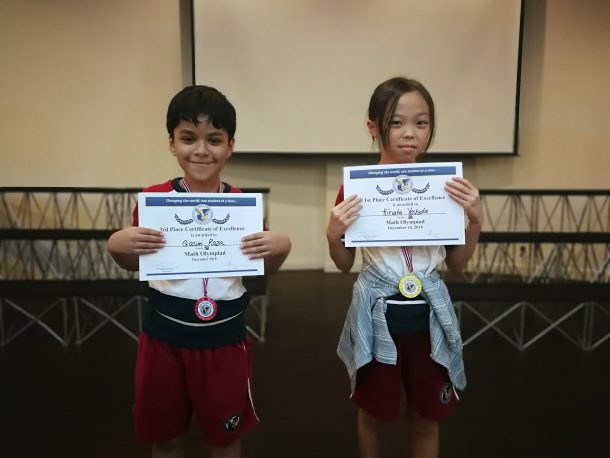 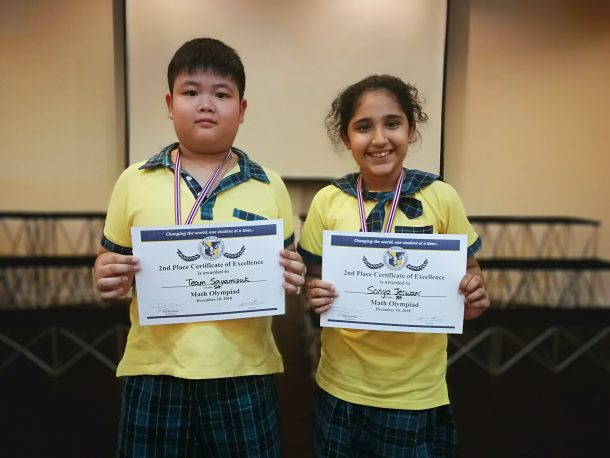 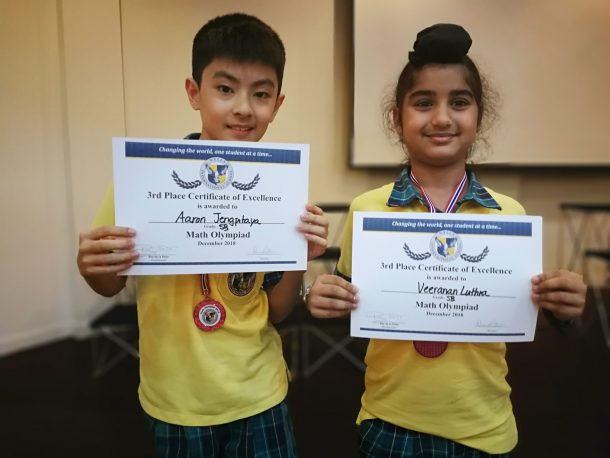 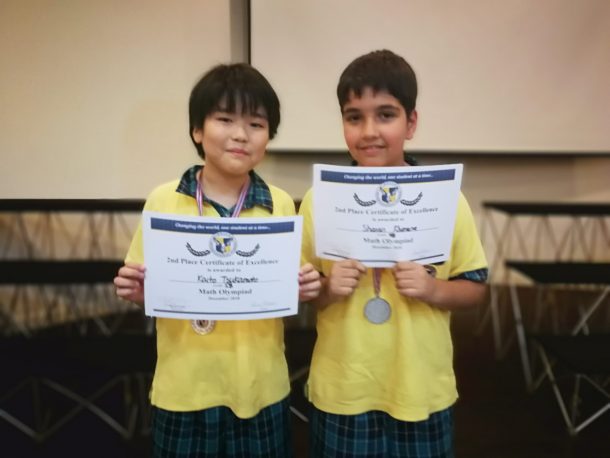 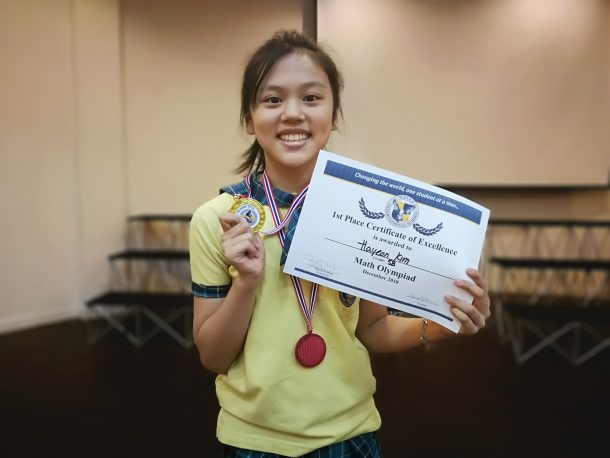