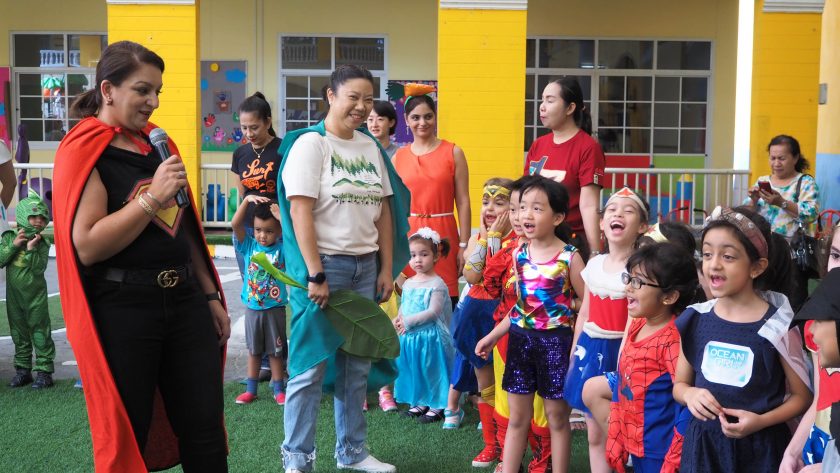 This was the motto of the students at Wells International School, Thong-Lor this past Friday, September 13th.  Every year at Wells International Kindergarten, students are allowed to dress up in their favorite super hero costumes and come to school ready to march in a super hero parade, sing super hero songs, dance to super hero dances, and conquer obstacles just as they imagine real super heroes might do.  But this past Friday at Wells was a little bit different than past super hero days because not only were children allowed to pretend to conquer obstacles by using their super powers, they were also encouraged to ‘save the world’ by doing so.

To simulate the ‘save the world’ theme, students were both educated on health, nutrition, and safety as well as given “tasks” to engage them in these good habits.  They were allowed to separate recyclables into their correct bins in one “super hero station”.  They were also allowed to sort food items into their four food groups in another.  And in yet another station, children were allowed to put together a 3-D stand-up puzzle of a planet-earth model to show how good habits can lead to maintaining a healthy planet.  The children engaged in these activities (and more) with vigor.  Their enthusiasm and speed in completing their tasks showed just how much they were learning and how motivated they felt.  “I liked super hero day because it was easy to play,” said one K-3 student.  Other students reported the following:  “I liked singing the song.”  “I had so much fun and I liked to play in the garden.”  “I liked that play.”  “I like recycle game because it so faster.”  “I liked space puzzle because it was so fun.”  “I liked to play the tidy up the vegetables and also I liked to play the puzzle and fun game and I liked this day – super hero.”  “I liked ‘my family song.”

All-in-all a great time was had by all at Wells International School Super Hero Day.  We all had fun, learned a lot in the process, and will surely be looking forward to next year’s event as well. 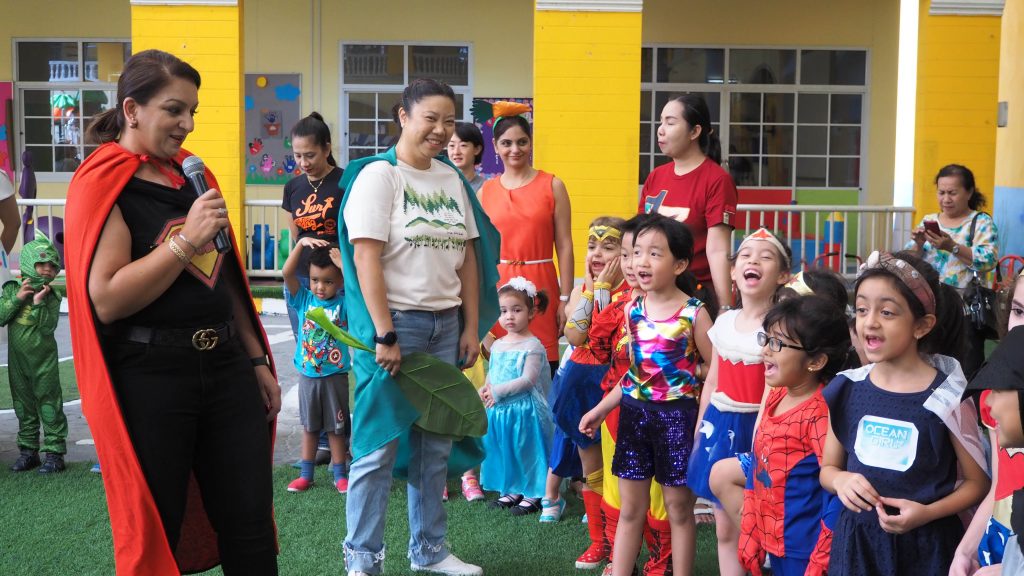 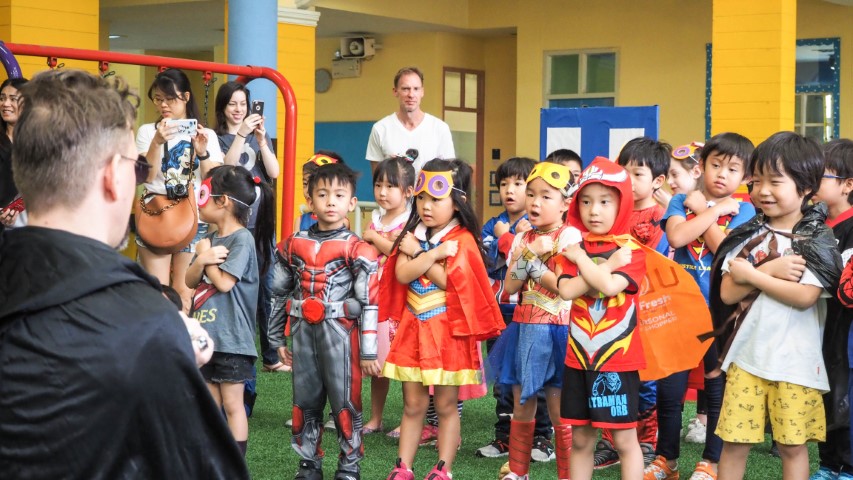 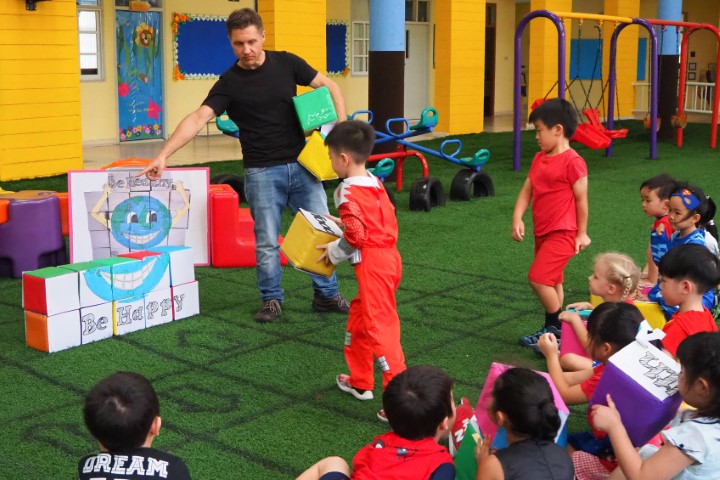 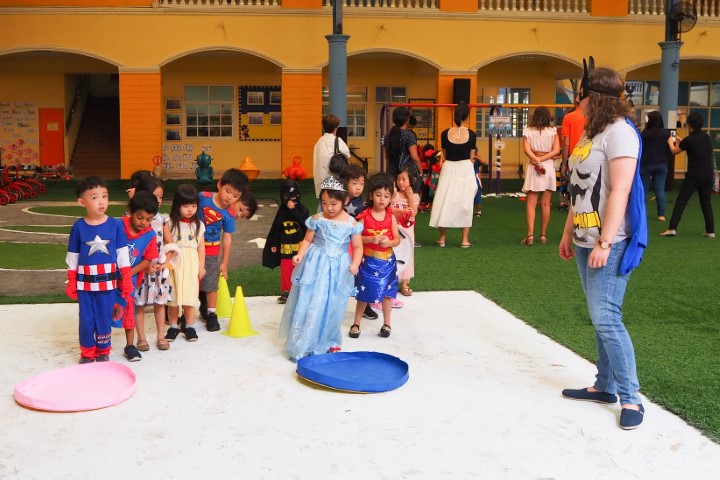 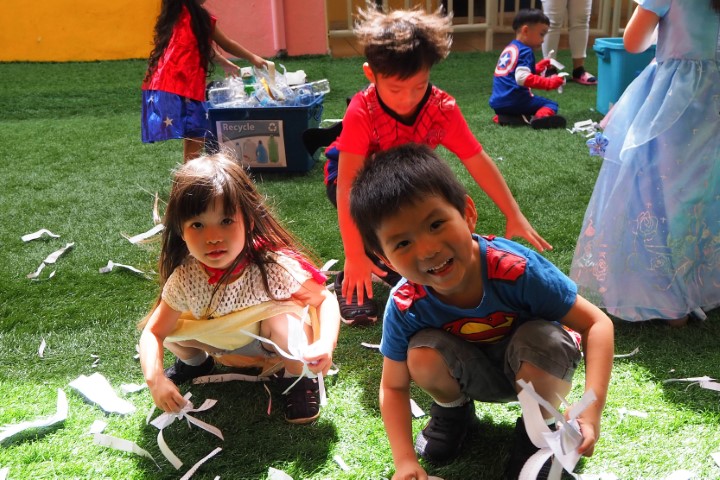 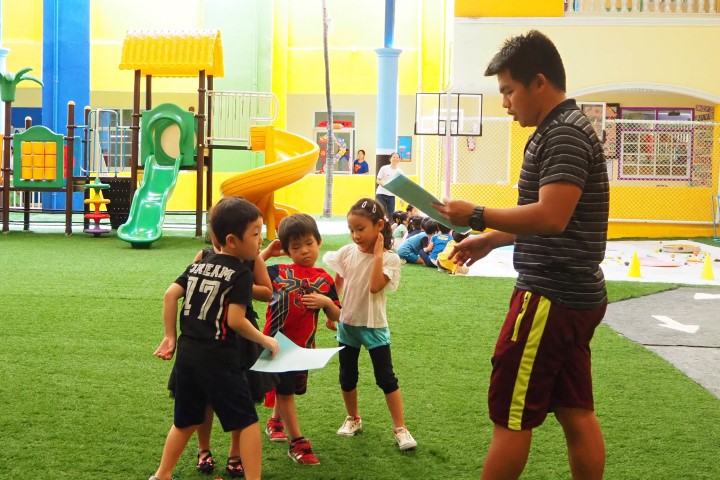 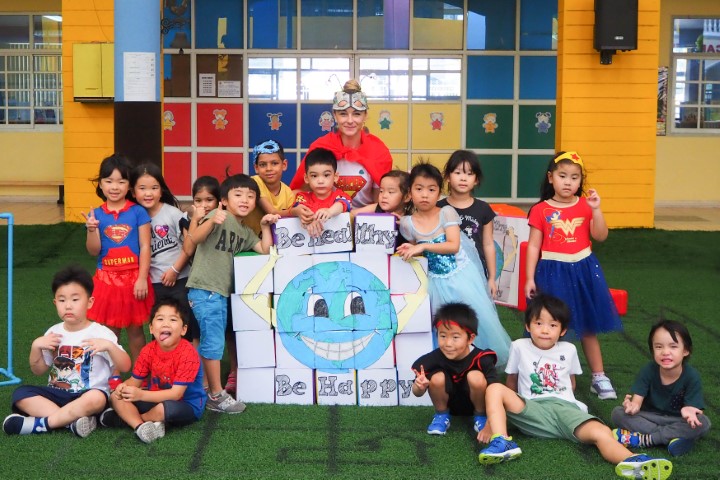 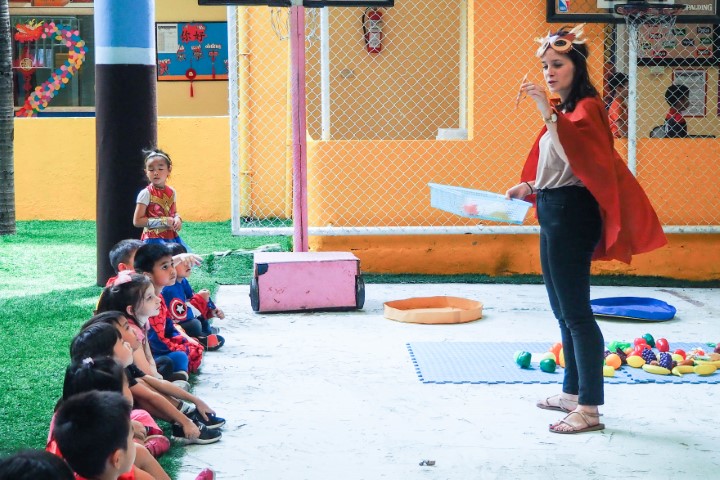 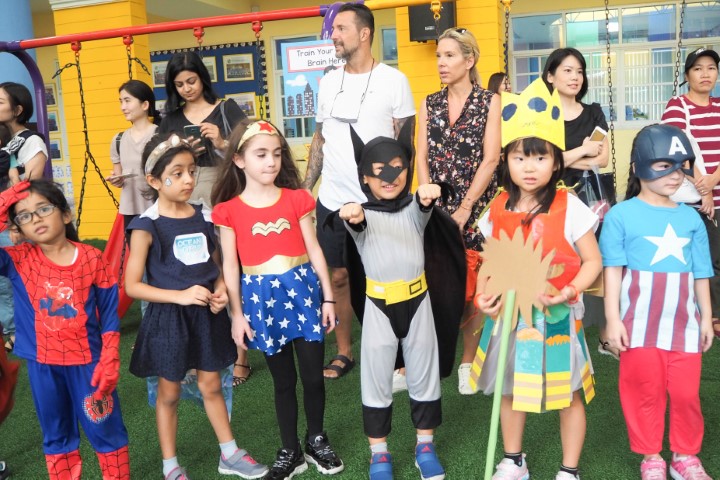 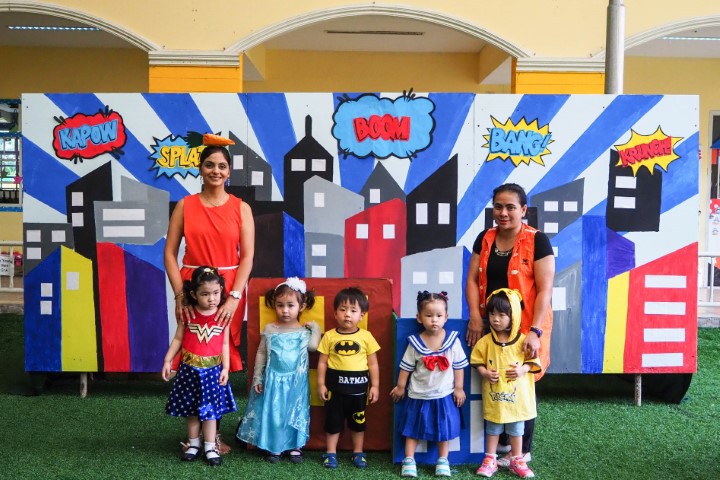 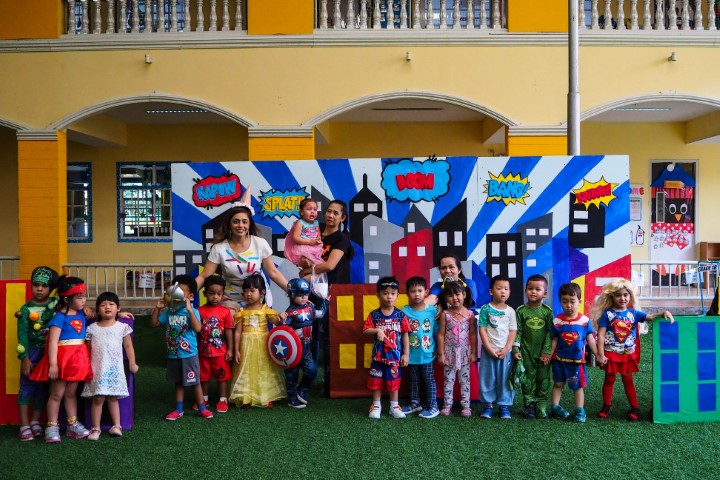 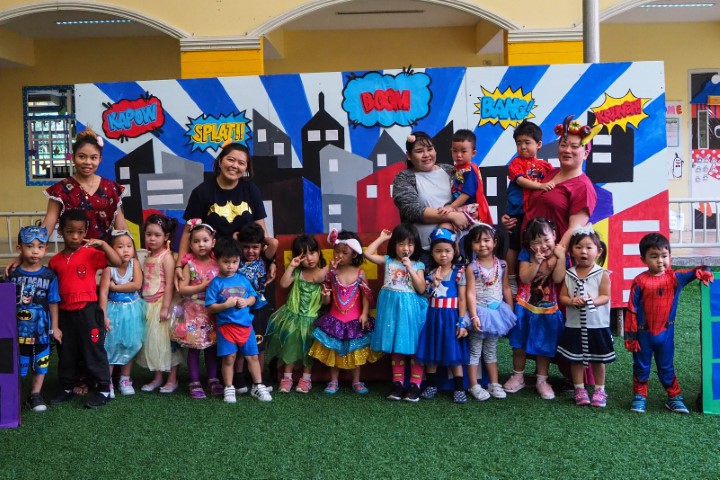 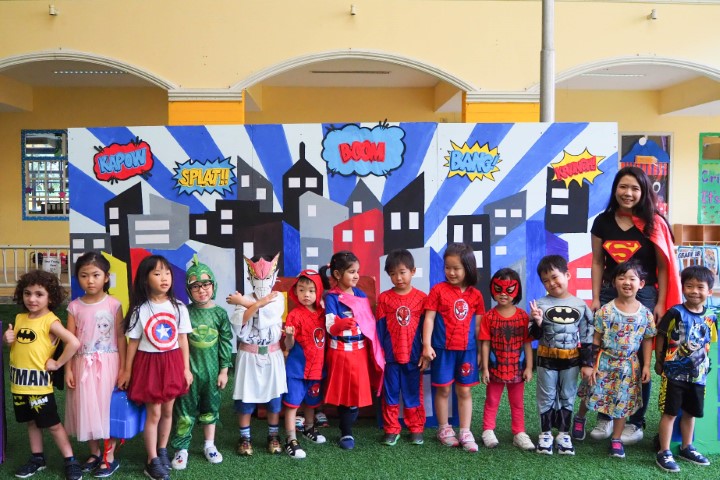 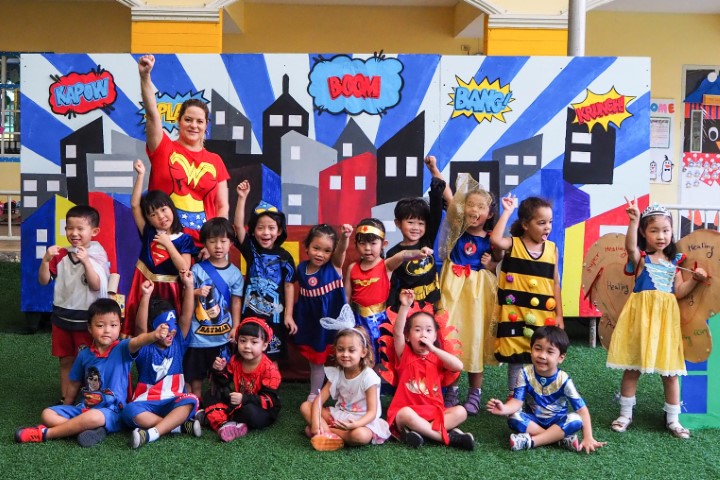 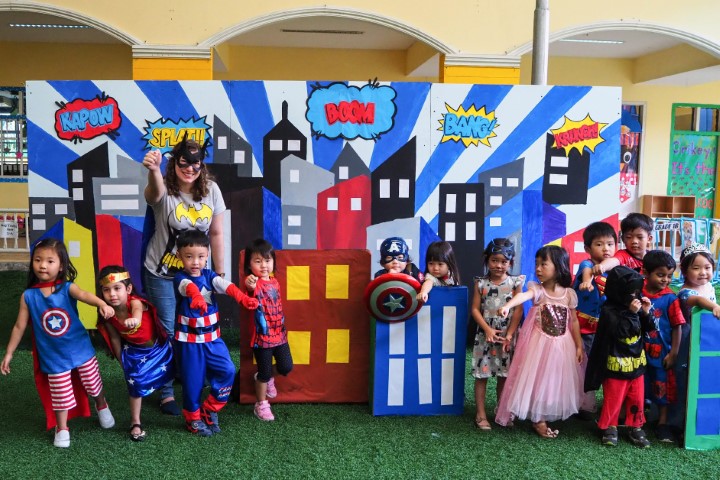 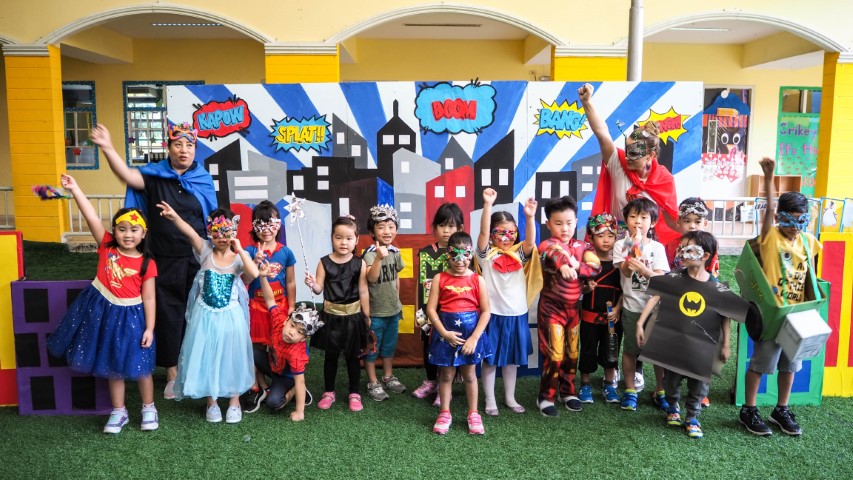 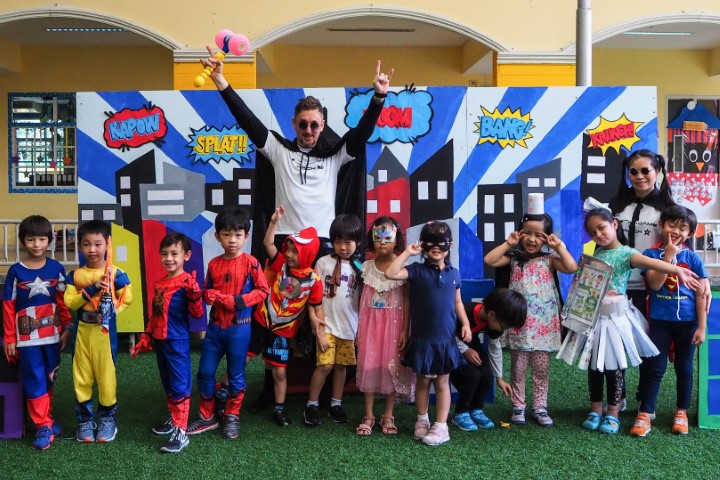 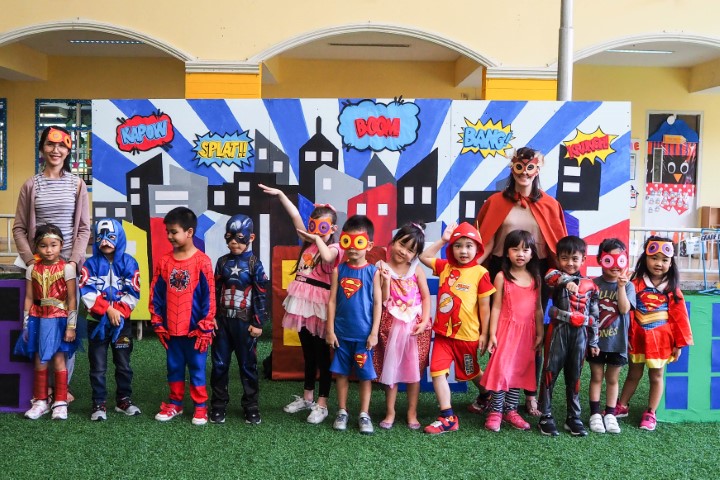 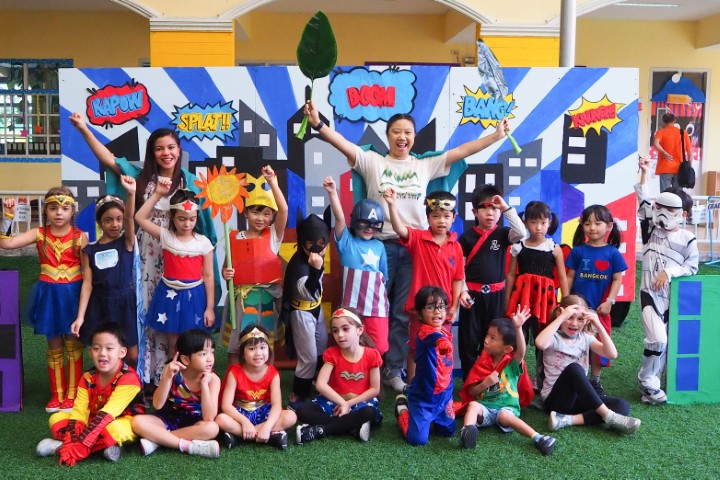 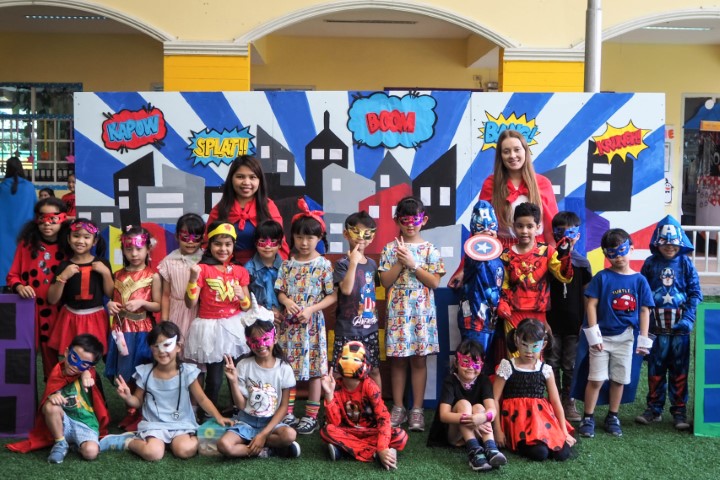 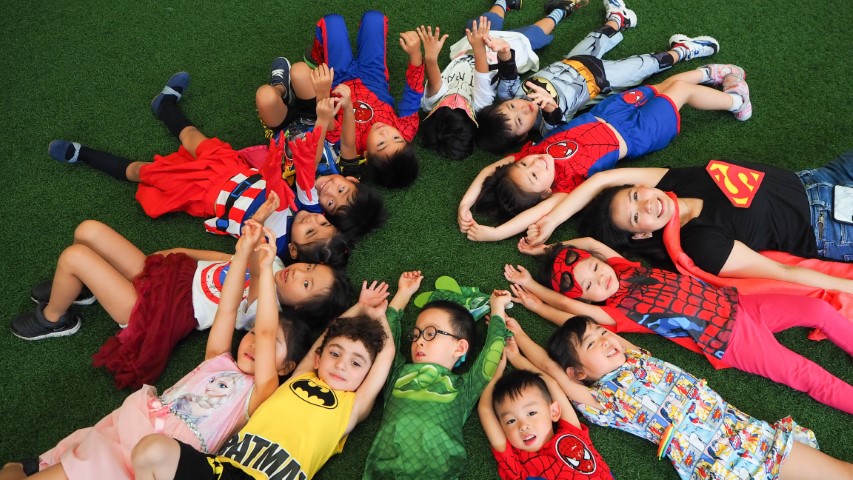 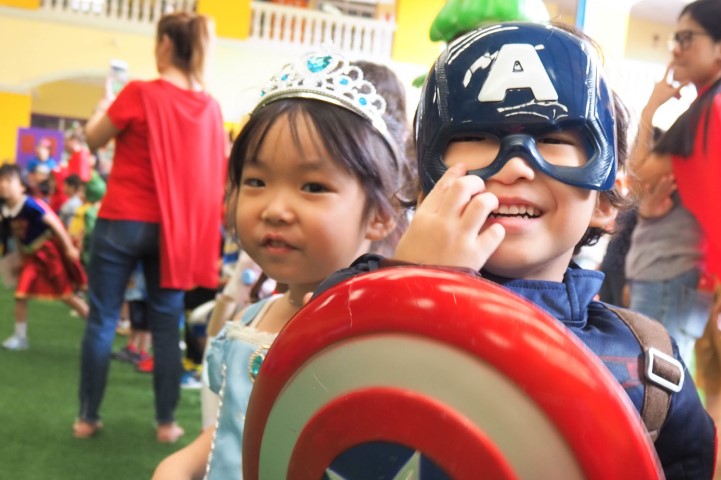 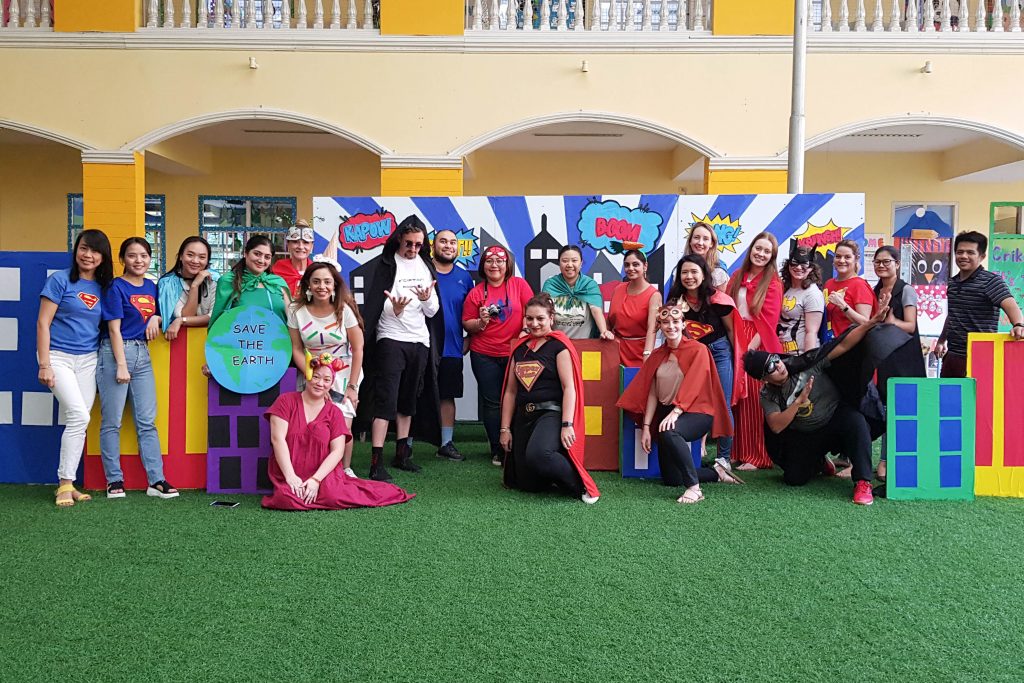