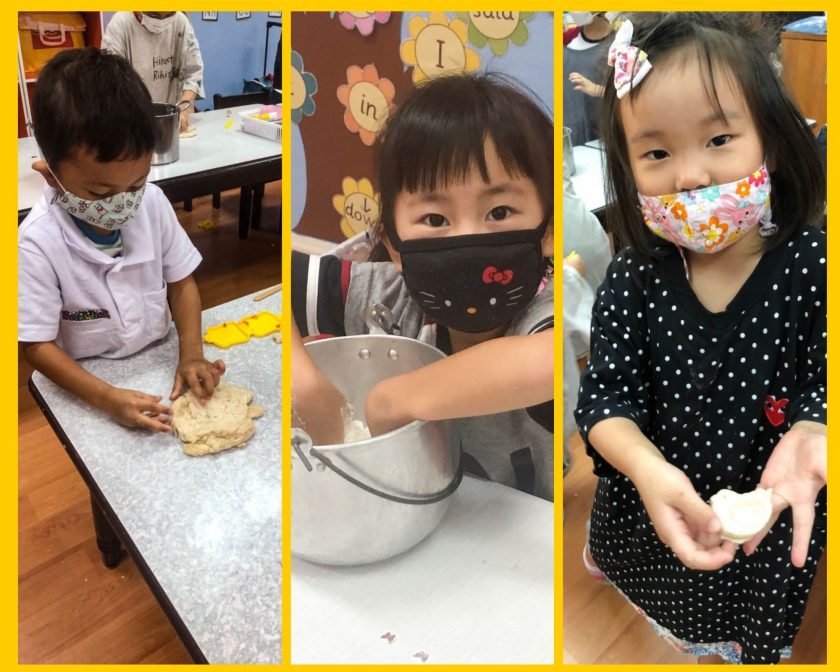 Today was a really fun day at school. Since our theme is ‘Community Helpers’ I thought it would be fun to turn the kids into chefs for a day by making dough! We started by giving each child a metal pot which they quickly turned into hats and drums lol.  Once the drumming and posing were finished, each child was given a few scoops of flour in their pot.  They explored the flour with their hands and commented on how soft it was. 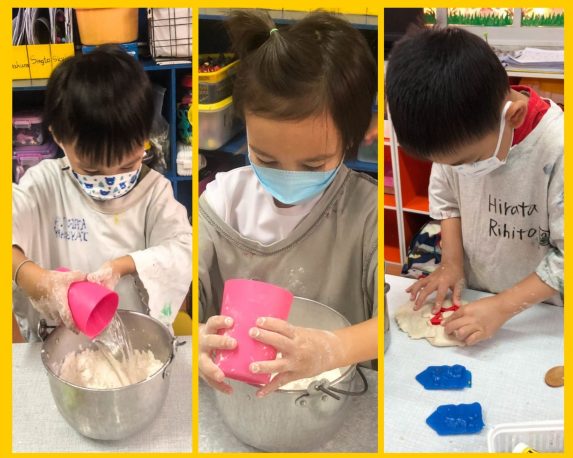 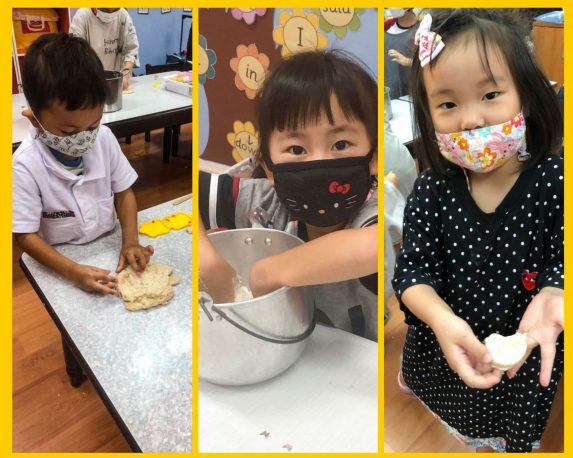 The next step was adding water, which they did by themselves.   Once the water was in it was time to mix…..with their hands!  Some kids were hesitant to get their hands dirty while others got right to it.  They commented on how sticky and icky it felt and wondered how they would ever get it off of their hands.  As they mixed and kneaded we slowly added more water and a bit of oil until they reached the right consistency.  Now that the dough was moldable it was time for the playdough toys.  The kids used rolling pins, cookie cutters, plastic silverware, and toys to create many different things.  Some made pizzas and cookies while others formed their dough into letters and shapes.  They played for the first hour of school and truly had a great time but the fun wasn’t over yet!  After lunch, we took the students around to the back of the school for clean-up time! 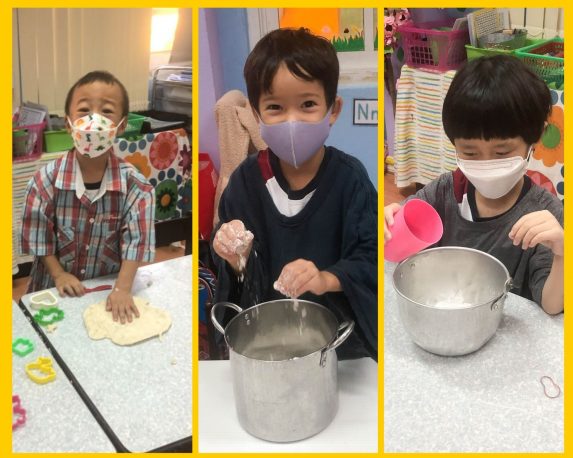 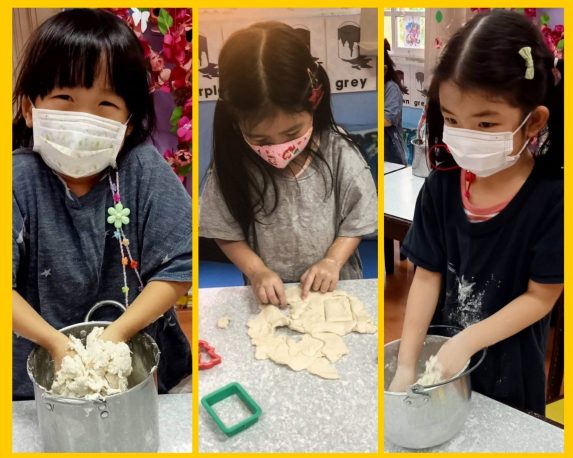 We filled their pots and two large tubs with soapy water and gave them each a sponge.  Their task was to clean the pots and playdough toys and they couldn’t have been happier.  Bubbles and giggles were flying through the air and it was a really fun activity for a hot afternoon. 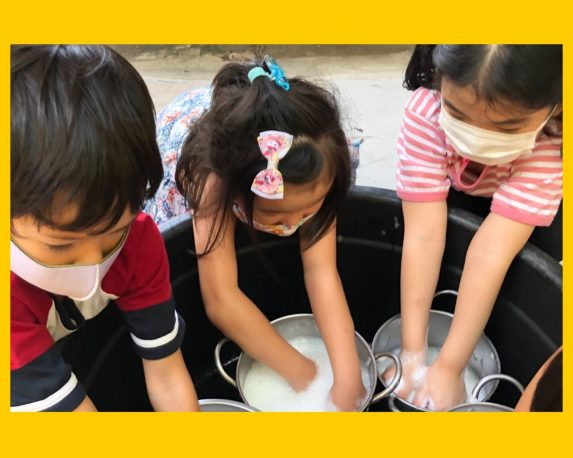 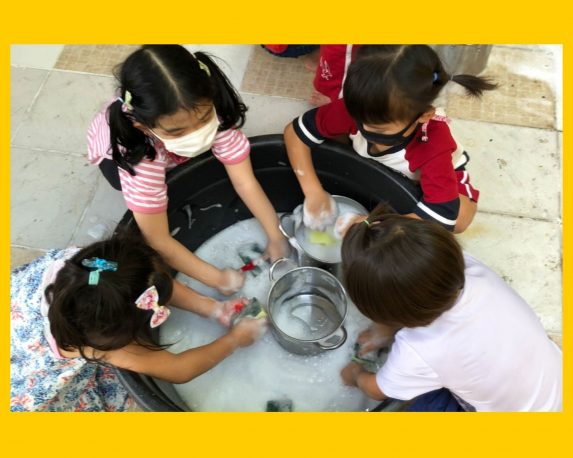