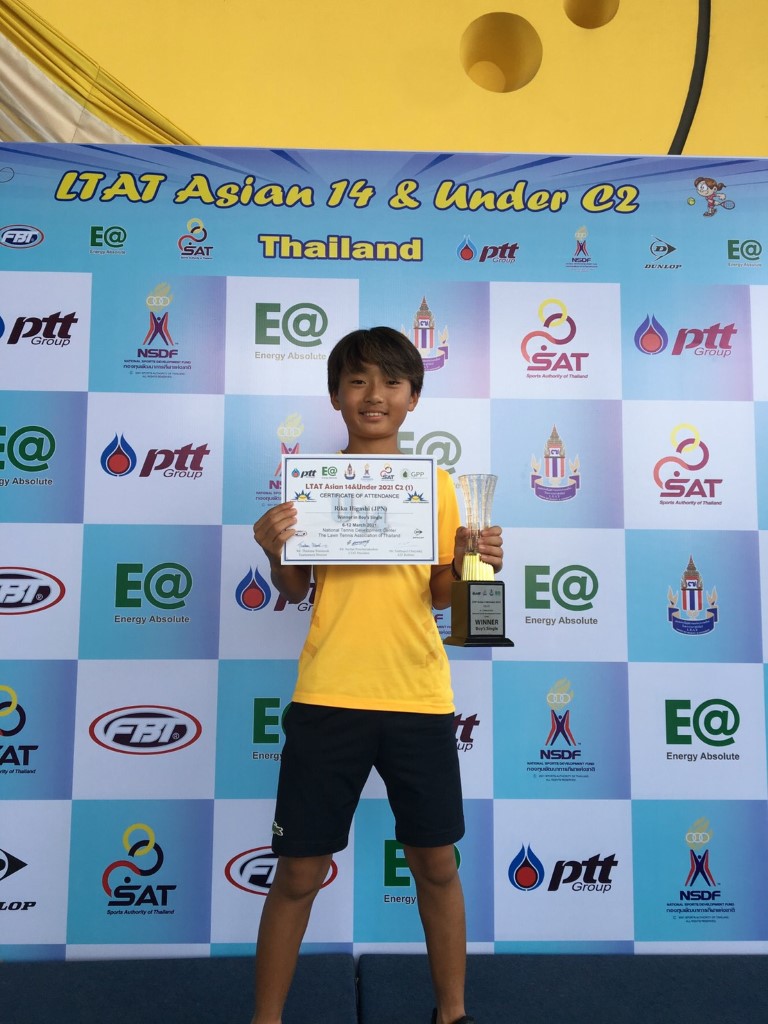 Despite the decline of competitive sports due to the global pandemic, Wells elite tennis players have been training hard with long-term goals set in their minds. Last school year saw a several seniors graduate from a team ranked in the top ten in the world. Now, with our oldest players just in grade 10, our tennis team is “rebuilding” — but has a clear goal of regaining its world ranking.

Local tournaments have been held since February, along with two major international events this month.

At the high school level (18 & Under), the International Tennis Federation (ITF) held a J4 tournament early this month at the Lawn Tennis Association of Thailand (LTAT) courts in Nonthaburi. Four Wells players participated in that tournament, with Takumi Watanabe (Gr 10), Jao Van Schalkwyk (Gr 10), and Pirm Dhararag (Gr 10) all earning ITF ranking points by advancing in the Main Draw for either the boys singles or boys doubles competitions. Wells youngest ITF participant, Riku Higashi (Gr 7), roared through the qualifying bracket, winning three matches in a row to advance to the Main Draw. However, after a tough split set match, he was eliminated in the first round.

For our middle school players (14 & Under), the Asia Tennis Federation (ATF) sanctioned the LTAT Asian 14 & Under Championships. Two players from Wells participated in this tournament to represent their countries. Riku Higashi, representing Japan, entered the boys singles tournament as the #1 seed and was matched up against fellow Wells player, Patrick Pattanalertphan (Gr 6), representing Thailand, in the quarter-final match. That match can be watched on the Wells Seahawk Programs channel on YouTube. After beating Patrick, in straight sets (6-1, 6-1), Riku continued on to win both his semi-final match and the finals to bring home the Championship Trophy. For Patrick, after his loss in the quarterfinals, he was able to pick himself up and storm through the rest of his matches to capture 5th Place overall.

As we remain optimistic that the pandemic is waning and we look forward to more ITF and ATF tournaments in the coming months. 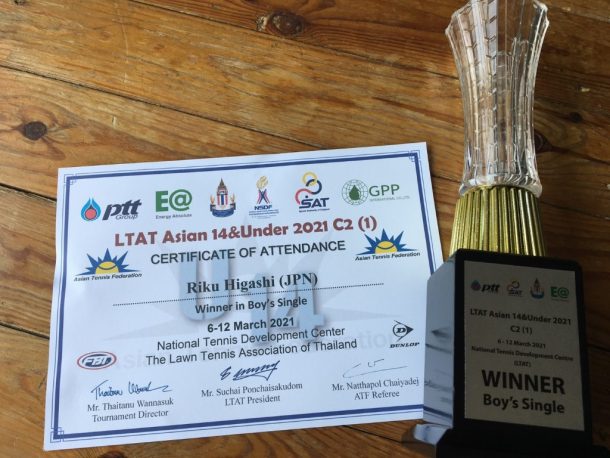