Home » News, Wells System-wide
24 Nov 2011
Part of a truly international education is the recognition that one is never alone; we are all part of a greater community, and as such, we have a shared responsibility to care for others. Rarely has this been as essential as it is now in Bangkok and other flood-affected areas of Thailand, where thousands of unfortunate families have lost their homes, possessions and livelihoods to the relentless flood waters. While the concept of global citizenship is an essential part of the Wells International School curriculum, the many members of the Wells community have made an effort to help those in need for a much simpler reason: It’s the right thing to do. While endless bickering distracts the opposing forces within the government, it is the educational institutions in Thailand–including the many international schools and universities–that have taken action, seeking to alleviate the suffering that stands as a stark reminder of the losses sustained by many communities in Bangkok and other provinces.

Community service has long been a requirement for students most high schools around the globe, but students in Thailand’s public and international schools perhaps recognize its value more than others. Seeing the devastation of tsunamis, floods and conflicts firsthand–and the effects on family and friends–brings a fresh perspective to the need for such contributions. With that vision in mind, NIST International School has organized weekend relief efforts and called for other schools to participate. Gathering food, water, clothing and other essentials, the volunteers prepare packages that are distributed to the areas in and around Bangkok, providing flood victims with potentially life-saving supplies that are in short demand. 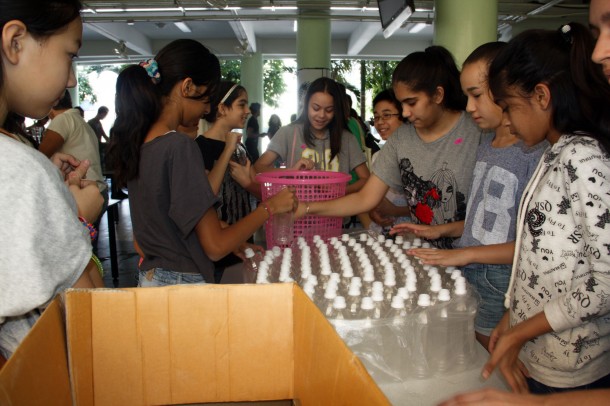 Led by staff members Gona Narula, Liza Sabucido, Yeu-Han (Henry) Liou and Hsin-Yi (Cindy) Chen, several Wells students awoke early on a bright Saturday morning and made the trek to Asoke to help with the relief efforts at NIST. With no thought of reward or recognition from the school community, the participants sought out the opportunity on their own, aiming to simply make a small difference for those who have lost homes, jobs or loved ones due to the flood waters. Like the many others who joined them, they felt that the minor inconveniences of waking up a bit early on a weekend or losing their free time were far outweighed by the suffering others have faced in recent weeks. 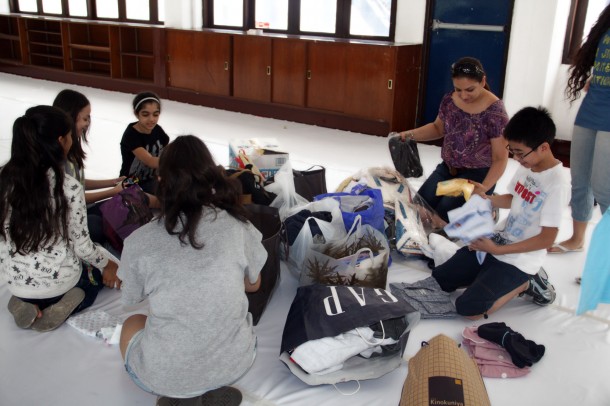 Within the Wells community itself, efforts have also been made to find ways in which the school can give back to the community in a time of need. While all monetary charity efforts have been directed toward flood relief, the Wells teachers and counselors felt that more could be done. Rekha Sachdej organized a donation drive, asking students to contribute toys for children that may have lost all of their own. Going above and beyond her expectations, the students responded by bringing some of their prized positions, including a bicycle in one case! Meanwhile, the Student Support Services Department organized a sandwich-making event, calling on secondary students to prepare meals that would be delivered that same day to nearby flood-affected zones. 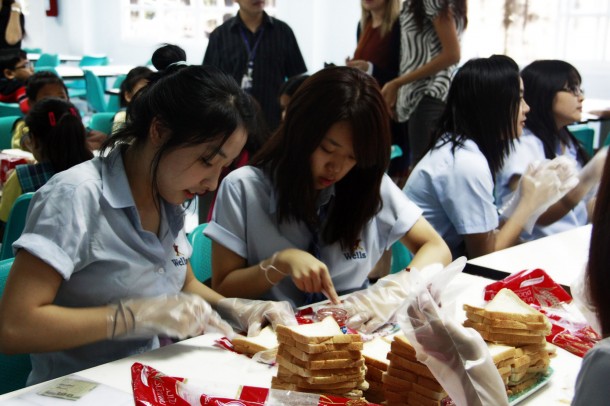 While tragic, the flood situation has also brought out the best in the educational community in Thailand. Avoiding the debates and finger-pointing that merely distract the official organizations from the issues at hand, it is the individuals–Thai and expatriate–who have made a difference. Thank you to all of the members of the Wells community–as well as the many others from schools around Bangkok–who have upheld the ideals of international education and sought to make a positive difference in the lives of others. 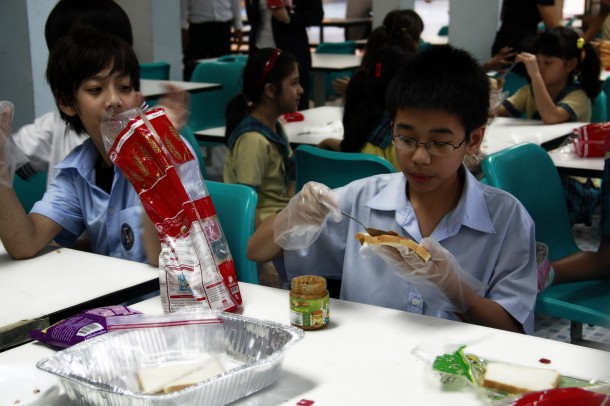