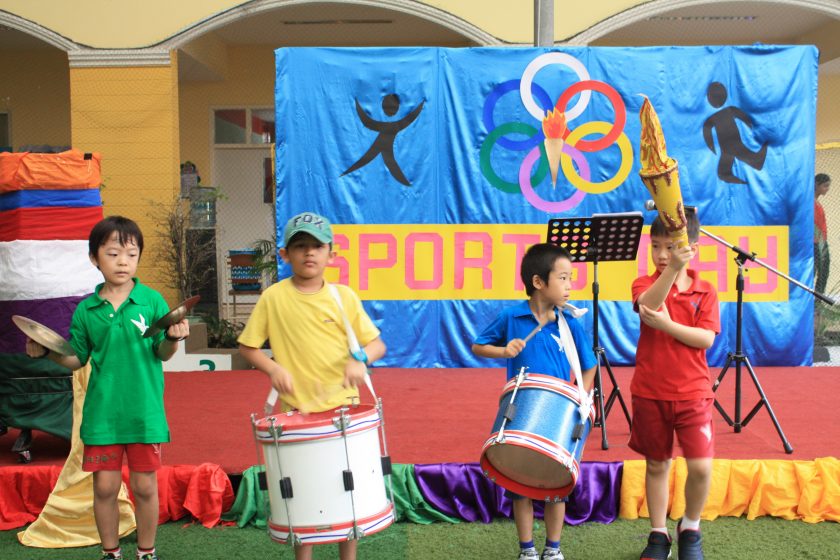 28 February was an exciting day at the Thong Lor campus. The morning started off by having each house march around the courtyard in their colors and the presented their house cheers. Then a representative of the red house delivered the sportsman’s oath and Mr. Seth led the campus in a rousing speech that declared Sports Day open. The students competed in games such as the sack race, the crab walk, and the three-legged race. After an intermission to allow the students a chance to rest up and get a drink, the students competed in a baton race for grades one and two, and an obstacle course for the younger children. To top it off, the students got to watch while teachers faced off against their parents in a tug of war and then everyone returned to the field and the day’s awards were handed out.