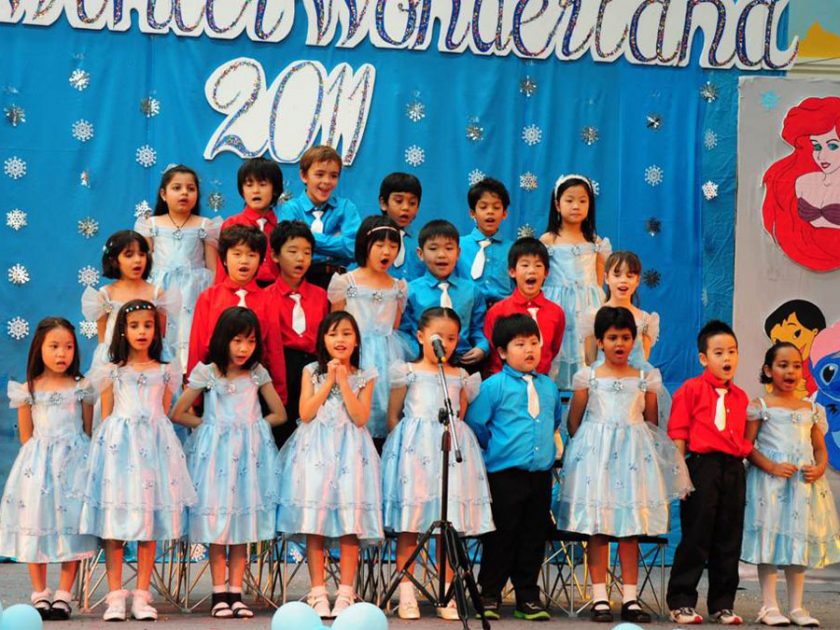 Christmas is a magical time for children, bringing visions of gifts, games, and time spent with family and friends. Seeking to capture some of that magic, our Thong Lor campus launched its annual Christmas show with a few surprises, and our “Winter Wonderland” extravaganza thankfully captured the imaginations of our students and parents. Teachers and students worked hard in order to create a memorable show for our parents, filled with a variety of performances featuring our Nursery to Grade 2 classes. Among the featured acts were dances, songs, and a skit about Rudolph the Red-Nosed Reindeer, which was brilliantly performed by our grade 2 students. Spreading the Christmas cheer beyond the usual images of the cold snow, the children shimmied and shook to the tunes of Disney movies and wore dazzling costumes that ranged from hula dancers to birds, sea creatures, ballroom dancers and even Mickey Mouse. Even the parents showed their knowledge about children’s songs during the parent activity in which  Ms. Kh-Kha, our music teacher, played nursery rhymes and our parents took guesses at the titles of the songs. The Thong Lor teachers even made an appearance on stage, surprising the students and parents with the song “The Twelve Days of Christmas” with a twist. Not be left out, Santa Claus closed the festival when he appeared on the back of a motorbike, distributing gifts to the excited students!

We would like to thank Mr. Chang and Ms. Lee for their generosity with the gifts for all the students, and most of all thank all, to the parents and relatives who came to support us during the show.  It was wonderful to see a sea of supporters sporting the white and blue colors represented in the show’s theme, and capped a successful end to 2011.  We hope to produce an even better show at our next Christmas show in 2012.  Thank you, and have a happy 2012! 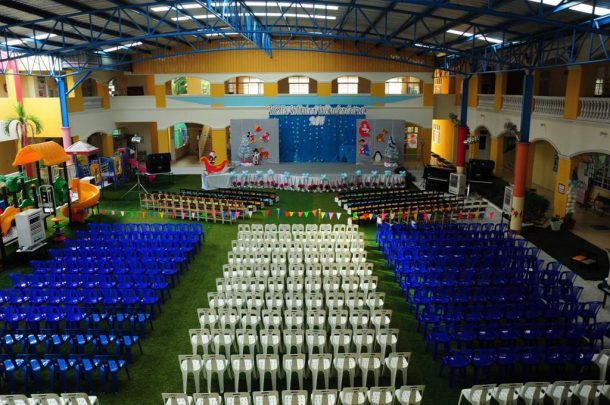 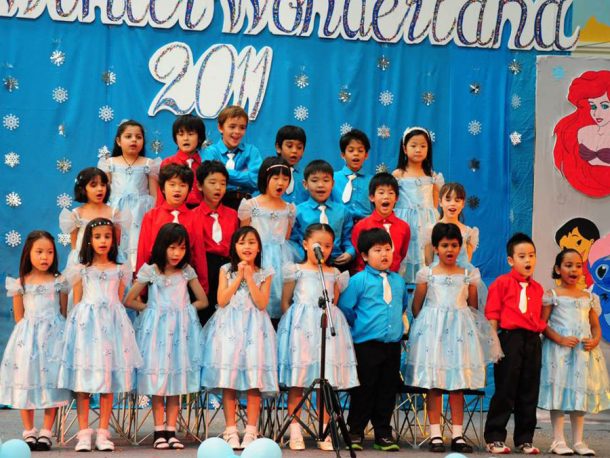 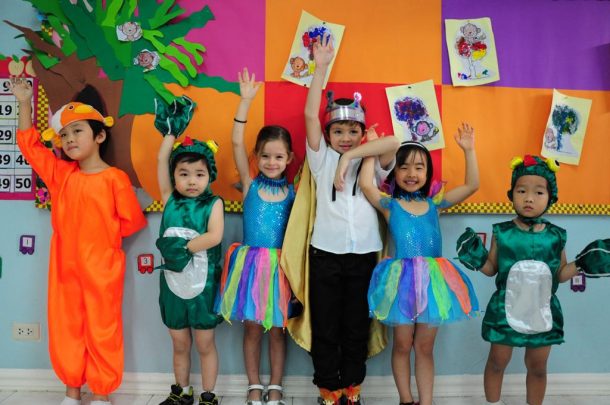 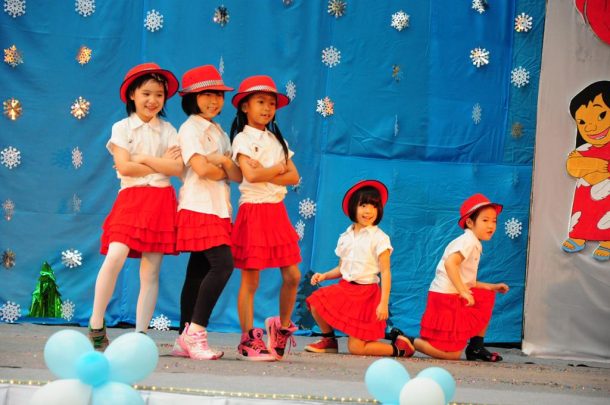 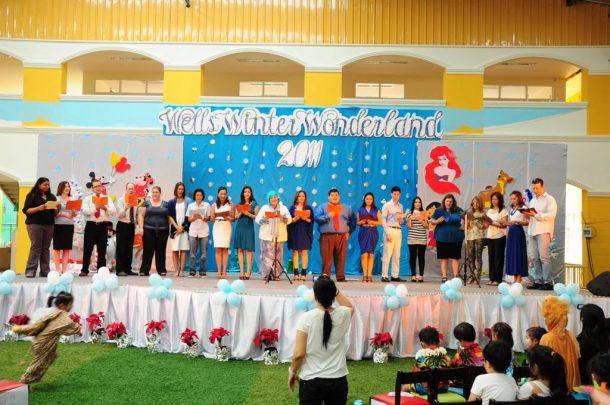