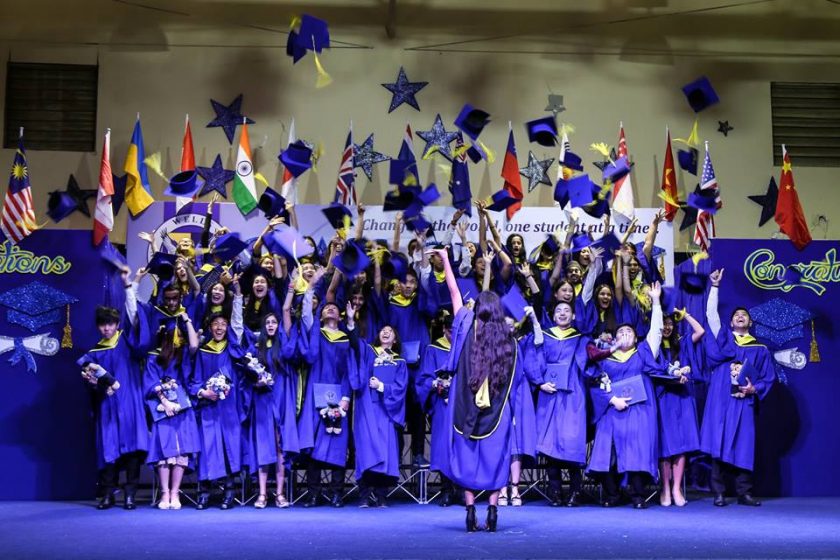 On Friday evening, May 26, Wells International School’s 2017 Commencement Exercises saw its senior class walk through the halls officially for very last time as Wells students. At 6pm, our graduates, like the seven graduating classes before them, marched (briskly) to Elgar’s “Pomp & Circumstance” on a 500-meter path circling each floor before making their grand entrance at the gymnasium, in front of family, friends, and Wells community members.

The ceremony started with the high school glee club, minus its senior members, with an acapella version of the King’s Anthem, followed by welcome addresses by our Chairman, Dr. Yao-Lang Chang, and Head of School, Mr. Ray de la Pena.

The ceremony continued with Student Body President and class valedictorian Srishti Sami Soni saying one final farewell. Sami was also the recipient of this year’s Chairman’s Award for the most well-rounded graduating senior. Sami has been a fixture at Wells for more than a decade. She has traveled the world throughout her high school career, serving as an ambassador for Wells as a leader in all facets of student life – from academics to athletics, community service and school leadership. After being accepted to a number of top universities in the U.S., Sami had decided to stay close to home. Next year, Sami will be attending Hong Kong University, one of the top universities in Asia.

Also receiving awards at the ceremony were Mona Al Tamimi, the recipient of the Director’s Award for a top female student. Mona will be attending New York University (NYU) in the fall.

Anavat Siamwala, the top male student, was the recipient of the Head of School’s Award. Accepted into top universities such as Imperial College in the UK, McGill University in Canada, and Worcester Polytechnic Institute in the U.S., Anavat has not yet decided which school he will be attending next year.

The final speaker of the night, delivering the evening’s Keynote Address, was Ms. Manakshi Hemlani. A first-generation immigrant, and an attorney licensed to practice law in the U.S. Territory of Guam and State of California, she is currently serving as the recently-elected Vice President of the Guam Bar Association. Ms. Hemlani graduated from the University of San Diego (San Diego, California) with a Bachelor’s degree in International Relations and minor in Philosophy, later obtaining her Juris Doctorate from McGeorge School of Law, University of the Pacific (Sacramento, California) in the year 2000.

The ceremony continued with a video tribute to the Class of 2017, followed by a surprise musical theatre performance by senior members of the high school glee club, singing their quartet-rendition of “A Whole New World” before being joined by the underclassmen members for a joint performance of Green Day’s “Time of Your Life”.

The evening ended with the conferring of diplomas to the forty-seven members of the graduating class, followed by the traditional tassel-switch and cap toss.

Congratulations to all graduates – YOU WILL BE MISSED! 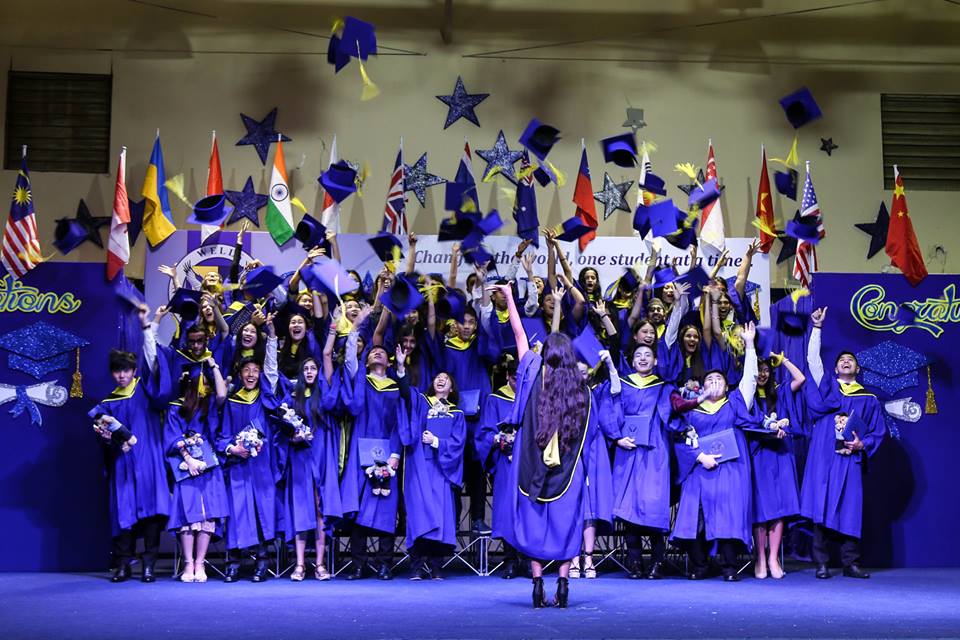