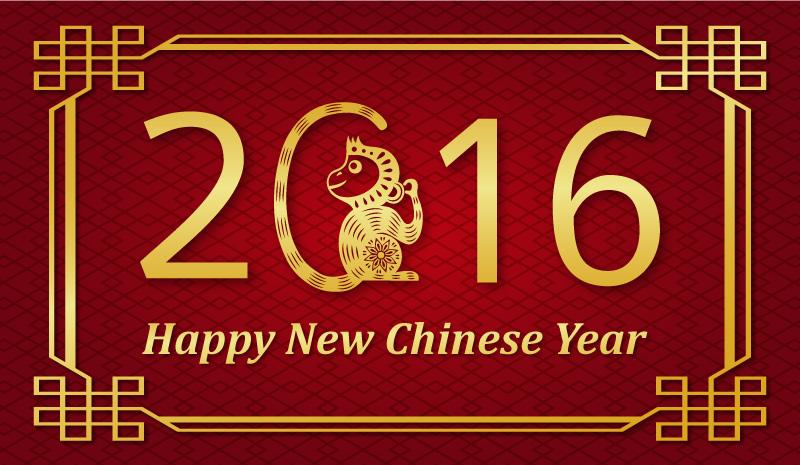 The Lunar New Year, also referred to as the Spring Festival, is celebrated across the globe by Asian cultures to mark the new moon day and the first day of the New Year on the Lunar Calendar. As it follows the Lunar Calendar, the date changes slightly every year, but usually falls between the 20th of January – 20th of February 2016. Festivities usually start the day before the New Year and continue until the Lantern Festival, celebrated on the 15th day of the new year.

2016 is the year of Monkey. Some people say 2016 is a Red Monkey or Fire Monkey year. This is because the Stem-Branch Calendar is connected to the Five Element theory. Chinese calendars used the Stem-Branch system to count the days, months and years. There are 10 Stems and 12 Branches in this system. Stems are named by the Yin-Yang and Five Elements (Metal, Water, Wood, Fire and Earth).