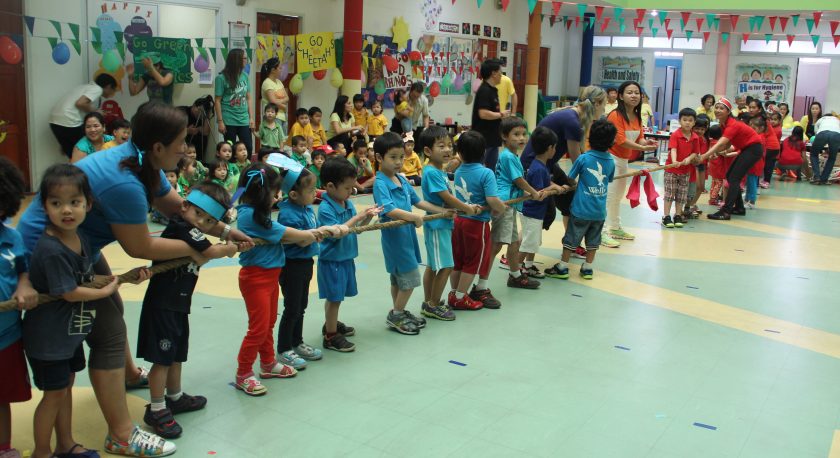 Mr. Robert, our K3 homeroom teacher, gave a welcome speech, introducing all the 4 teams, which was followed by a spectacular parade and cheer songs by all 4 teams.

In teams, each child participated and competed in various games from basic straw relay to the more complicated bike and baton relays.
This day was a showcase of the different motor skills that the children learned throughout the school year. Highlights of this event included tug-o-war between parents and staff and the limbo rock. The hall was filled with cheers and laughter.
We ended with the award ceremony. The teams won in the following categories:
Blue Elephant – Overall Champion
Red Rhino – Best Sportsmanship
Green Crocodile – Best Cheer
Yellow Cheetah – Best March

All agreed that the Sports Day was more than a competitive event. It was an event that highlighted our students’ high spirits and sportsmanship.