Once again the musical talent of Wells students was on public display at the Siam Paragon Christmas Carol Competition on November 21st.  This year’s competition was for students in primary and middle schools, and Wells students from both Thong Lor and On Nut campuses competed.

This was a very special experience for many of our Primary students, as it was the first time that they had the experience to sing in a choir and participate in a choir competition.

The On Nut Choir was on form, singing two very different songs – the last one of which had students singing while working on an assembly line, packing toys into boxes and wishing the crowd a Merry Christmas at the end of the performance.  While choirs from the On Nut campus have performed publicly before, this was the first time that students from their Primary School were involved.  It was also a “milestone” performance for students from the Thong Lor Campus, as it was the first public performance by their choir!  Students were involved in every aspect of their performance – from singing to accompanying to even conducting the choir itself! They all did a great job and should be proud of themselves!

Both choirs did extremely well and while we didn’t come in first, everyone was happy and excited to have had the opportunity to perform for the crowds at Siam Paragon.

Be sure to catch future musical performances by Wells students, including on Thursday Dec. 3 at the Emporium and Sunday, January 9th at Central World. 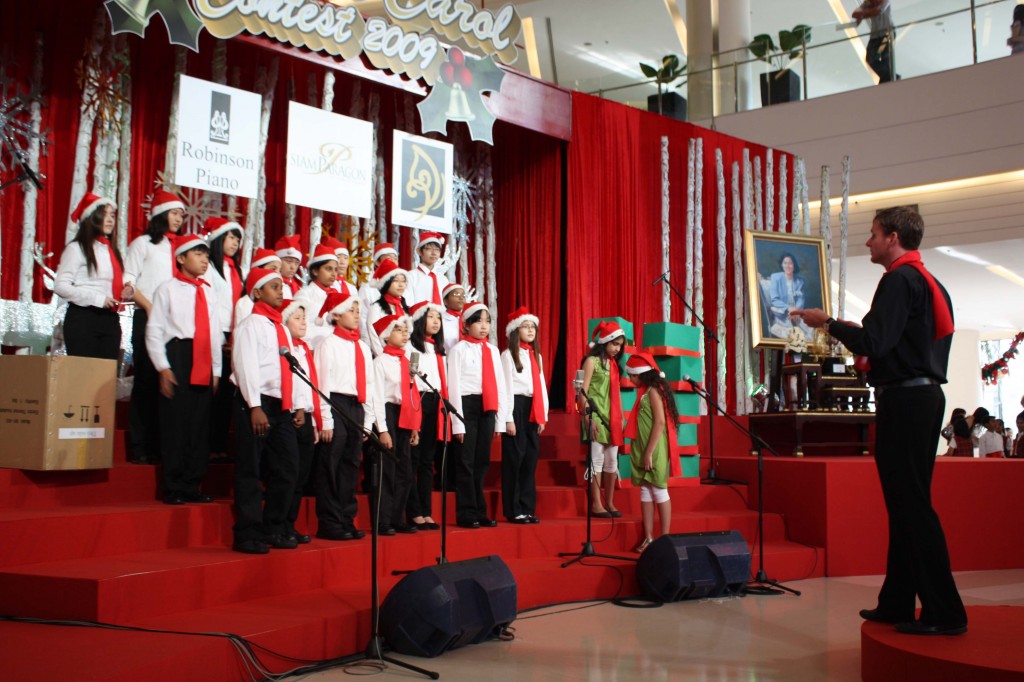 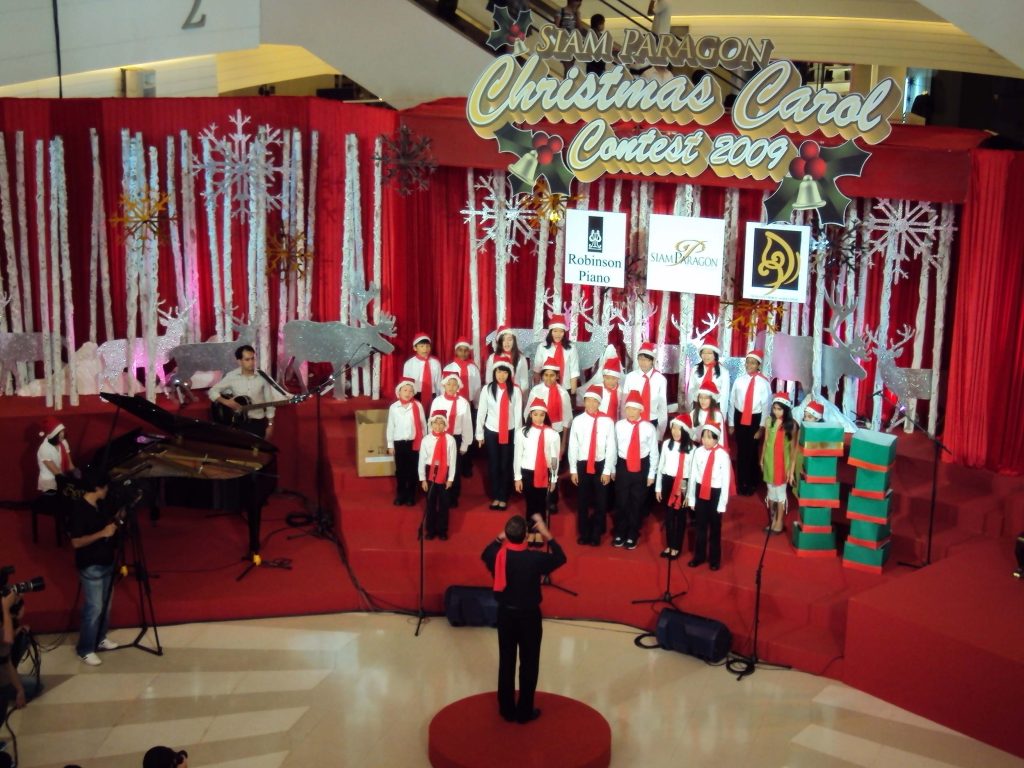 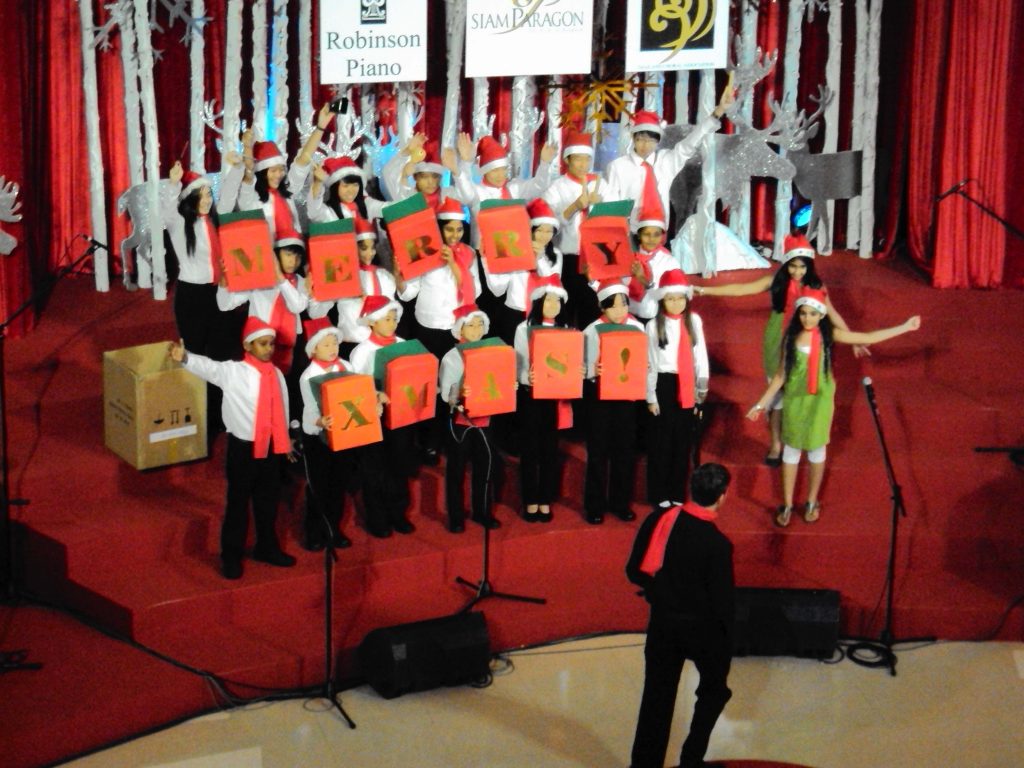 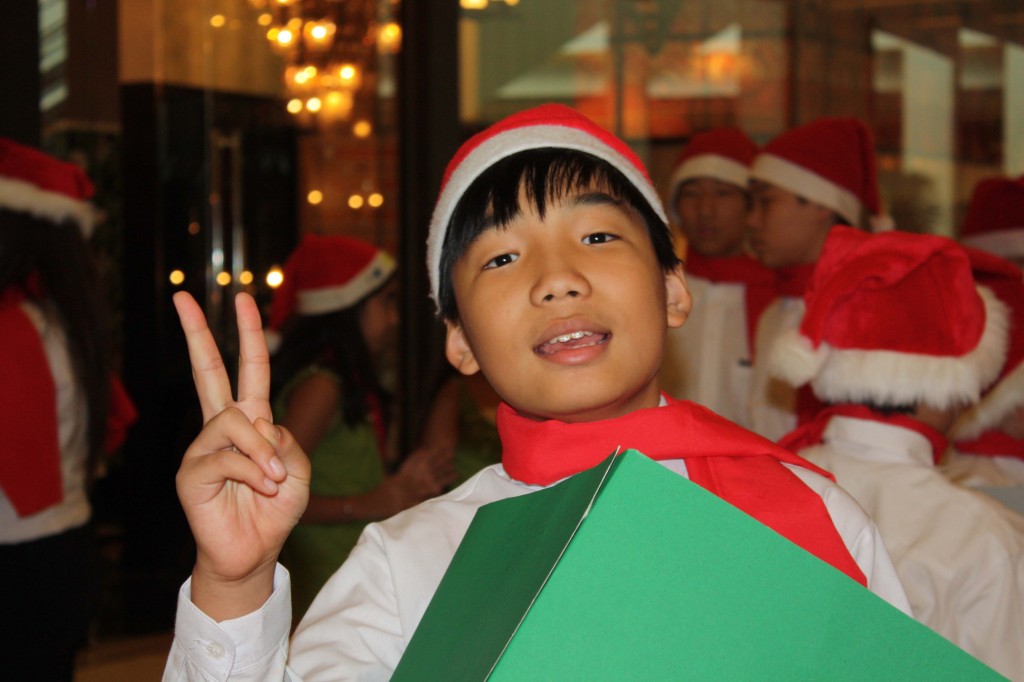 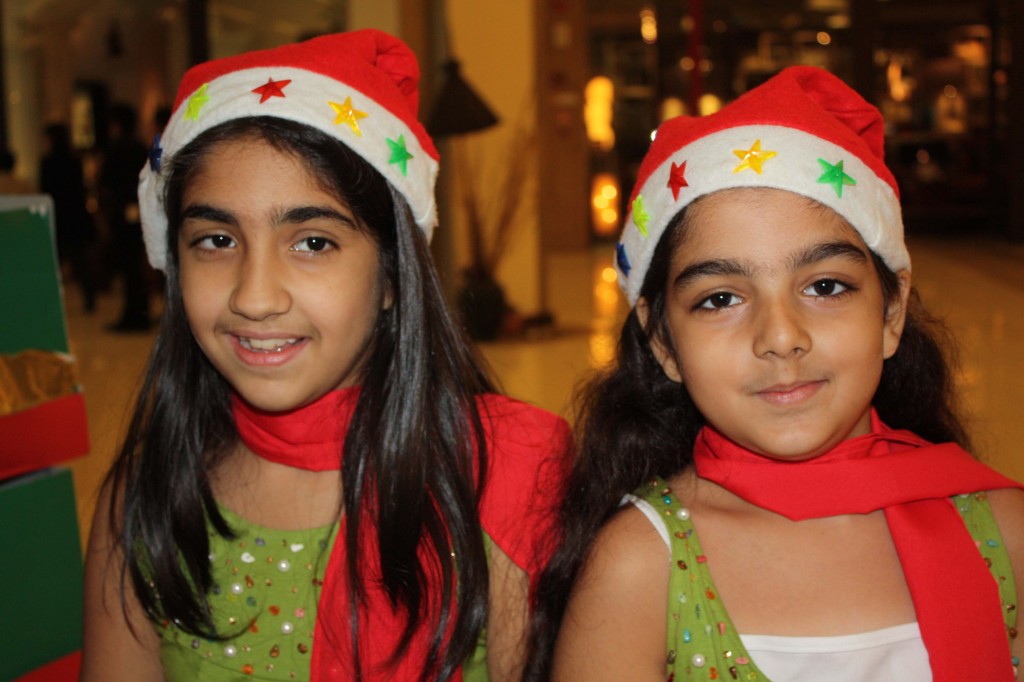 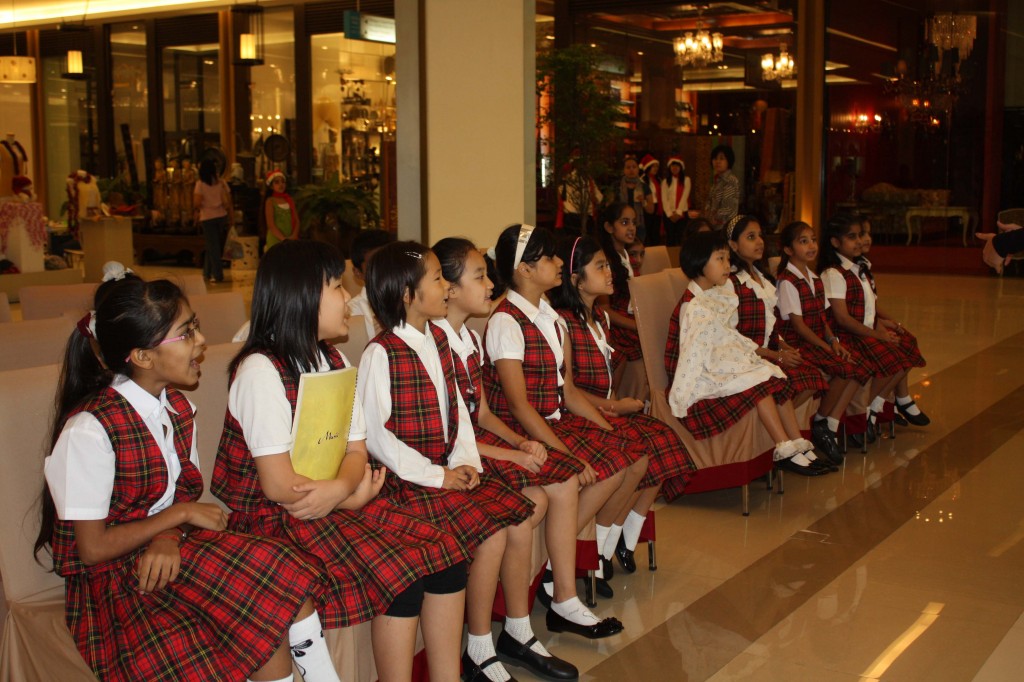 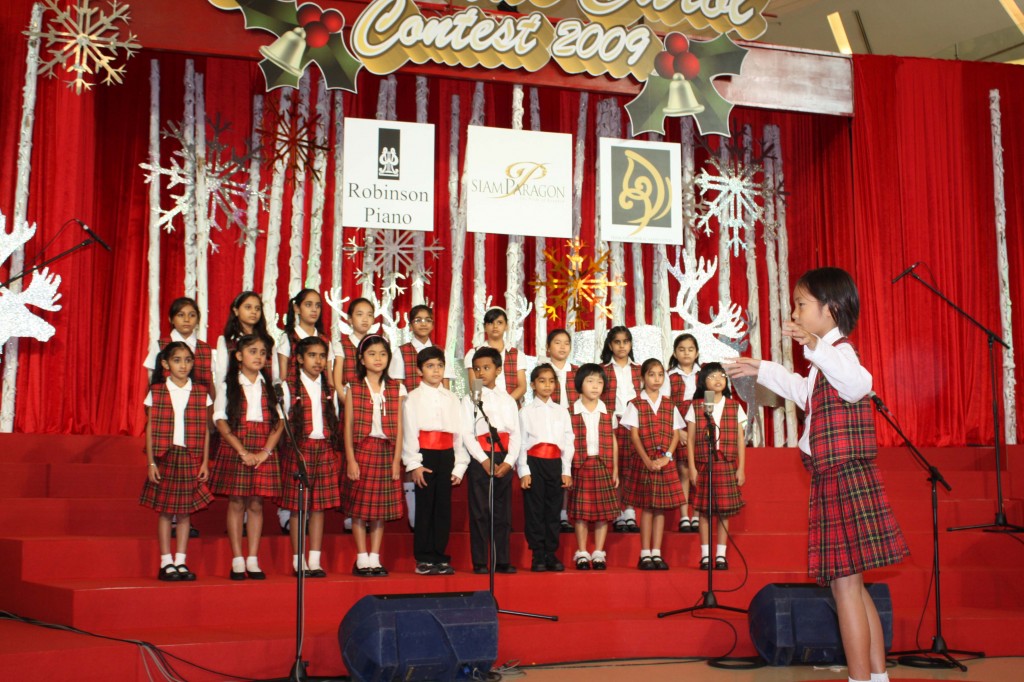 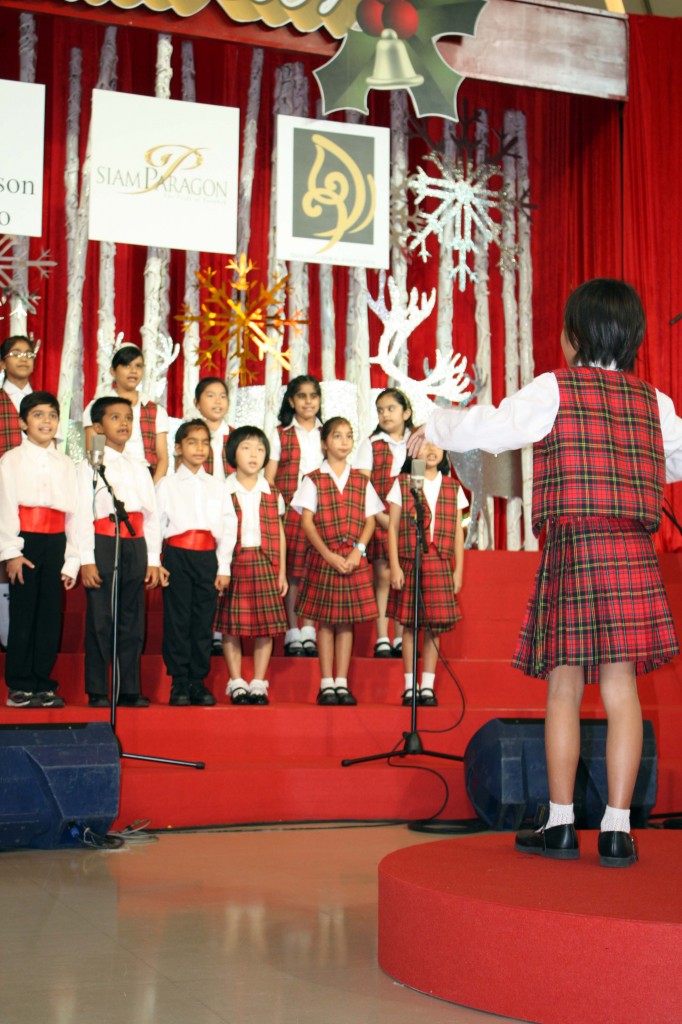