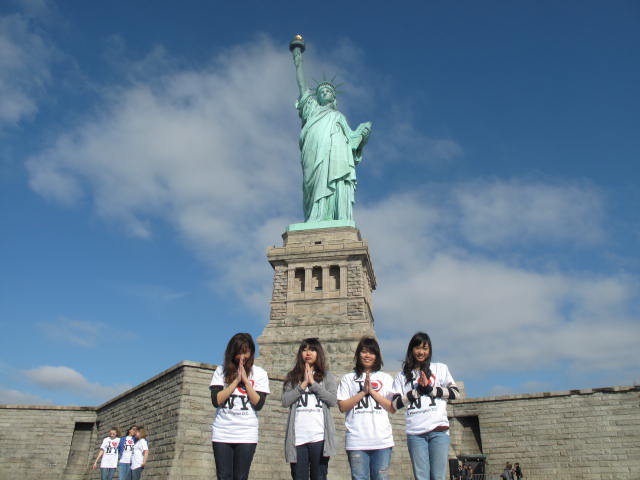 A short holiday in an exotic, foreign destination offers a tantalizing appeal for most, evoking images of white beaches or chic European streets. But the thought of staying a full year in such an unfamiliar place, away from family and friends, may cause more apprehension than pleasure. Yet during the 2009-2010 school year, two Wells students ventured beyond Thailand’s borders to experience precisely that. Pailin Teerarochanapong (May T.) and Methaporn Supa-Anan (May S.), now seniors at On Nut, each spent a full year studying abroad at drastically different locations in the United States. While May S. arrived in the small town of Thompson in rural Illinois, May T. braved the freezing temperatures of Anchorage, Alaska. Despite the distance between them, each reflected fondly on their experiences: 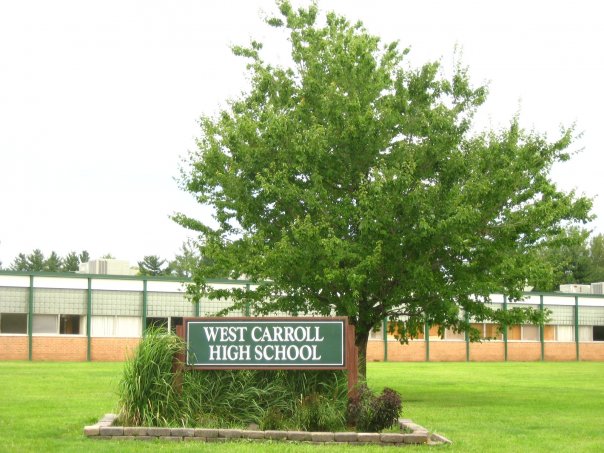 WIS: As you arrived in the United States, what were your first impressions?

May S.: I was very excited, but I didn’t see my host family when I arrived in Chicago. There were so many people, and I had to call them before they could find me.

May T.: I actually missed my plane and I had to get a later flight. When I arrived, some people from the plane helped me find my host family. Even though it was midnight, I was really surprised to see that it was bright outside. 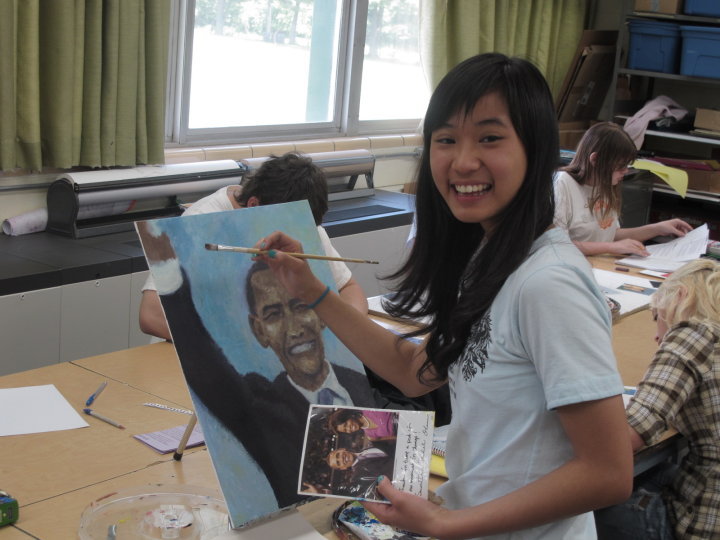 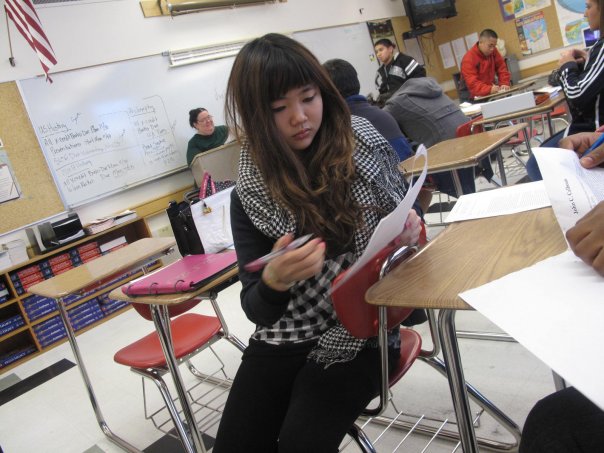 WIS: How was your first day of school, and how was it different from Wells?

May S.: First I couldn’t even find the right bus, but people were very nice and tried to help me. They all knew who I was, and everyone was looking at me. Thompson is a small town, and I looked different from everyone else. Even though my school was small (only 400 students), it had everything. I actually got lost at first and I couldn’t open my locker.

May T.: Even though my school was a lot bigger and had over 4,000 students, people were still helpful. It was easy to get lost, and the school had everything from normal classrooms to a planetarium. I was surprised at how fast-paced the classes were, and in one of my classes, over half the students dropped after one day. 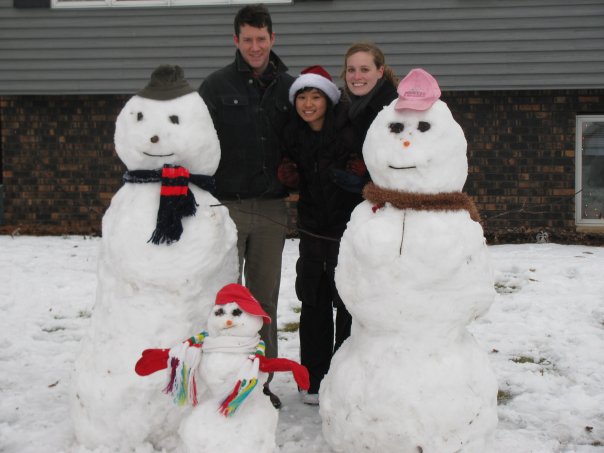 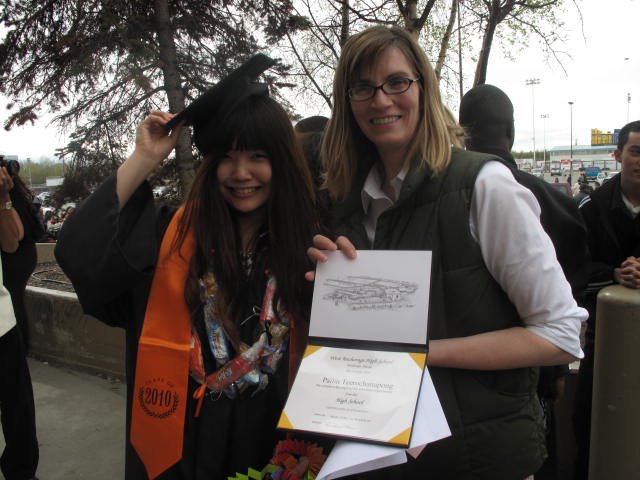 WIS: How was the teaching in your schools different from Wells?

May T.: The style of teaching was very different. Many of the teachers were very strict, but they were more focused on completing work and did not always look at the quality. They relied on the books, and it was more fast-paced. That made it hard for classes like U.S. Government, because I didn’t know anything about the subject.

May S. [In agreement]: Expectations were lower than at Wells. There was a lot more to learn, but it was usually from the book, and we watched a lot more videos without doing any work to connect to them. Homework was also more important, and you could get much better grades if you just finished all of it. 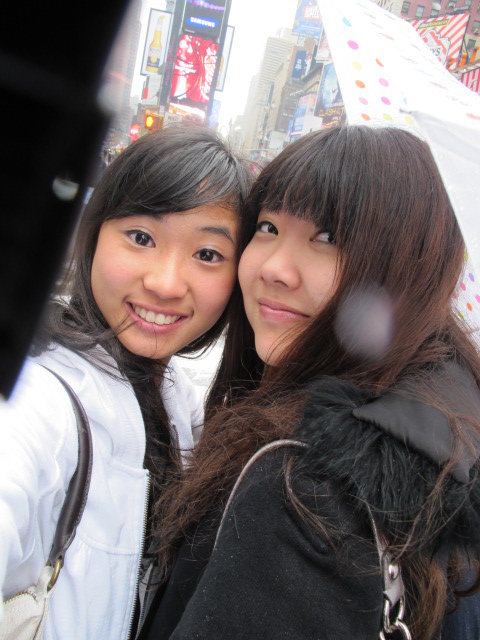 WIS: What kinds of differences did you notice in the culture?

May T.: I had one class that was all about issues teenagers face, and I was surprised at how open people were discussing those issues. It felt like there was more freedom to say what you wanted, so people seemed to be more sincere and open. I loved all of the holidays, especially Thanksgiving, because of the food!

May S.: In school band and sports were a lot more important, and everyone went to the games. Students didn’t seem to take school as seriously, and there were a lot of “chill” classes. I liked the holidays too, especially Christmas and Thanksgiving, because of the food and games, but there was a lot of waste from that and from activities in school. 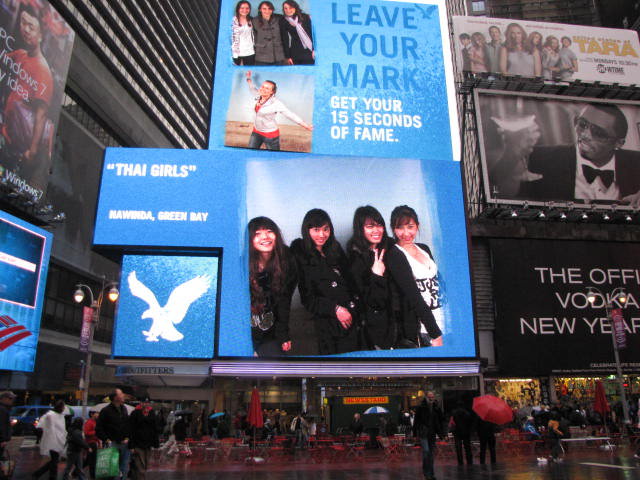 WIS: Do you think that your experiences were valuable? How?

May S. & May T.: Yes and no. It wasn’t as wonderful as expected, but it was good to experience something new. It was better to learn about another country by experiencing it first-hand rather than from books, and you find out that people can’t be judged as a group. Everyone is different. Living in another country also helps you become more self-reliant and you can adapt to new situations better. It’s not just about learning English; it’s experiencing life.

In addition to May S. and May T., several other Wells students have studied abroad in the past few years. If any parents or students are interested in exploring these opportunities, please contact the Counseling Department and/or an administrator.