While the rest of the world paid tribute to all the people who have dedicated their lives to the education profession, Wells’ own Nattawat “Ton” Deewongkij from Academy Fantasia Season 7 (AF7) visited the On Nut campus for the first time since he joined the AF7 crew back in June, soon after his own graduation. After thanking the entire Wells community for all their support, he paid a special tribute to his former teachers, as well as a traditional Thai tribute to the campus leadership team of Mr. Ray (Headmaster), Mr. Jared (Vice Headmaster), and Ms. Pranee (Thai Director).

Ton then was given a tour of the new expansion project which was completed while he was still in the AF7 house. He marveled at the vast improvements in facilities, particularly the new Wells Performing Arts Center, where he was treated to an impromptu performance by the grade 4 and 5 students preparing for their Christmas show.

The Thong Lor Campus was also given a visit by Ton, who received a VIP greeting from the administration, followed by a tour and, of course, autograph signing and picture taking for the adoring students and staff members.

Ton is now practicing with the rest of the AF7 crew for their upcoming nationwide concert tour which kicks off on Saturday, October 30, at Muang Ton Thani Impact Arena. 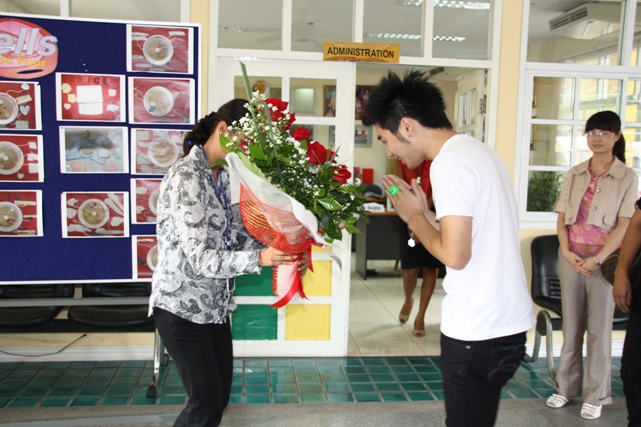