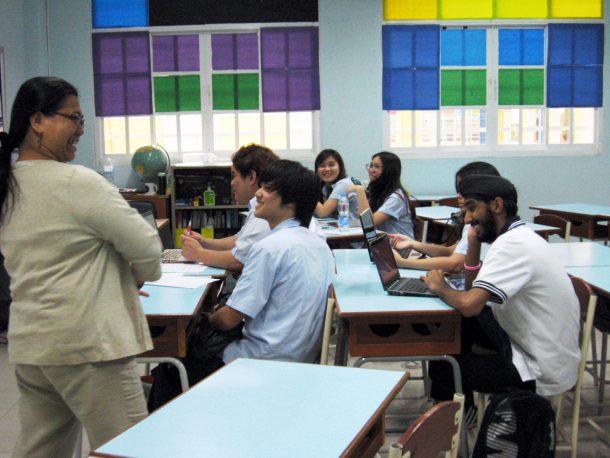 A global economy barely pulling itself from nose dive. Religious and cultural conflicts spreading from nation to nation. Poverty rates hovering near record highs. To an average teenage student, these issues—and many more—have unfortunately become a part of daily life. Continually experiencing a world in flux, they may all too easily become apathetic, unaware of the stark lives others lead. Seeking to infuse a greater passion within its students, Wells has gradually incorporated more and more community service programs into its curriculum. The school’s ESLRs—which ask students to reflect, critique and evaluate issues, and communicate across cultures—thus increasingly ground their education in real life subjects.

The basis for this learning is typically first delivered in the classroom, particularly at the high school level. Dr. Del Dime’s Issues in Society course, aimed at upper level students interested in pursuing advocacy and service, fulfills that purpose. Earlier this year, the class welcomed guest speaker Cecilia Jimenez. Originally from the Philippines, Ms. Jimenez now delivers capacity-building training around Asia and works as a consultant, facilitating the growth of numerous government projects. This work has frequently allied her with international NGOs such as Amnesty International, the International Federation of Human Rights Leagues (FIDH), and the Association for the Prevention of Torture. She has furthermore contributed to several peer-reviewed publications and training manuals on the UN Human Rights system, human rights and migration, smuggling of human beings, prevention of torture, women in armed conflict situations, and engagement of non-state actors. 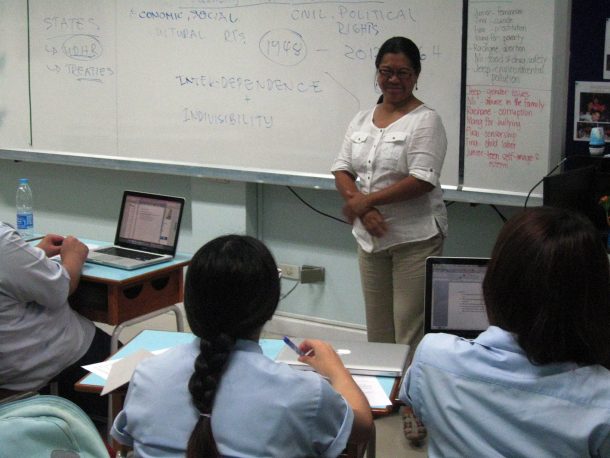 Discussing human rights worldwide in line with the United Nations Declaration of Human Rights (UNDHR)—the basis for the Issues in Society course—Ms. Jimenez asked the students their views of the different articles written in the UNDHR and which they thought were the most important. While numerous answers were offered, she stressed that Article 1 of the UNDHR serves as the foundation of all subsequent articles:

“All human beings are born free and equal in dignity and rights. They are endowed with reason and conscience and should act towards one another in a spirit of brotherhood.“

According to Ms. Jimenez, the first two articles refer to equality and non-discrimination, while the others fall under economic, social and cultural rights, or civil and political rights. Interdependent and indivisible, equality and non-discrimination are essential in guiding nations toward the adoption of human rights. With that concept in mind, she fielded queries related to free speech, suicide, abuse and current issues such as the prosecution of Julian Assange. Armed with new knowledge and fervor, the Wells students prepared themselves to employ their new knowledge outside the school walls.

In addition to inviting guests such as Ms. Jimenez, Wells has taken strides toward contributing to the welfare of the surrounding community. Over the past year, it has conducted projects in conjunction with Habitat for Humanity, the Bangkok ServICE Conference, the Rotary Club of Royal Hua Hin and others. By relating classroom content and skills directly to such projects, students have gained a much greater appreciation for the need for a service mentality. To see some of the efforts of Wells students, visit our Facebook albums: 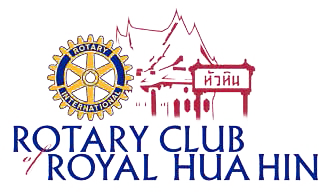